10 Things About The iPhone 6S Chipgate 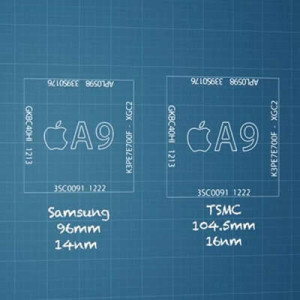 Today I’ll tackle a highly delicate subject that has topped the headlines of all major discussion forms and social media websites, in the last few days. It’s a controversy built around the newly releases iPhone 6S and 6S Plus models. You surly remember that last year we had a Bendgate caused by the size increase and the larger 4,7 and 5,5 inch displays of the iPhone 6 and iPhone 6 Plus. However, this issue, although played down by Apple, was adjusted in this year’s models, with the help of the 7000 Series Aluminum and some minor design strengthening in the Volume button areas.

Chipgate is the label for the newly discovered iPhone 6S flaw. It seems that Apple has contracted both Samsung and TSMC to manufacture the A9 processor used on its latest flagships. The problem is that the two chips aren’t identical! The TMSC one is a little larger measuring 104.5 mm squared compared to the Samsung one which measures 96 mm squared. The difference is caused by the two different processes used for building the chips. TMSC uses 16 nanometers while Samsung only 14. The size difference also impacts performance, causing the iPhone 6S to deliver two different battery life results!

10 Facts About The iPhone 6S Chipgate
The A9 processor difference is real and here are the most important things that you should know about this issue:

1. How To Discover What Chip Your iPhone 6S Owns!
The lame thing is that you can’t check the iOS device to see what A9 processor it’s equipped with, until you actually buy the smartphone. That’s unless you buy it as a second-hand product and the seller allows you to look up for the info before you complete the transaction. So, if you have an iPhone 6S in your hands, power it ON configure your Apple ID and download the Lirum (Lite) app. It’s free on the App Store. Check the A9 chip model number and discover if your device uses the TSMC or the Samsung manufactured processor. Here is the code labeling: 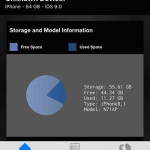 2. Lirum App Controversy!
Update: Coincidentally or not Rogerio Hirooka, the developer of the Lirum app, has decided to pull out the Lirum app feature that shows what processor the iPhone 6S, iPhone 6S Plus and iPad Air 2 immediately after the Chipgate scandal exploded a few days ago. This adds to the suspicion that there is a real difference between the Samsung and the TMSC-manufactured A9 chips! Apple, as usual, has played down the discrepancies. They did the same last year while Bendgate took wind, only to address the issue in this year’s release!
Fact: Because of the Lirum app withdrawal (p.s. we also tried the paid Lirum version), you have to apply another trick in order to check what A9 chip your iPhone 6S is equipped with! 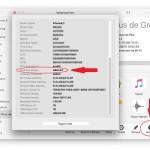 3. Samsung or TSMC? Without Lirum!
At the moment, the only known way to check what A9 chip your iPhone 6S runs on is via a third-party software that can be installed on your computer.
Step 1: Click here and Download iMazing, from iMazing.com, on your computer. Opt for the trial version as you only need to use the software once in order to read the CPU identifier.
Step 2: Open iTunes on your computer and connect your iPhone 6S with the help of the lightning cable.
Step 3: Open the newly installed iMazing software and click on Get Info. Now scroll all the way down until you reach Hardware Model. Get the identifier and compare it with the labels displayed above to determine whether your iPhone 6S is powered by a Samsung or TSMC chip!

4. Why Two Manufacturers?
One of the main questions is why has Apple opted for two different manufacturers. The answer is logic and simple. Because a single supplier wasn’t able to match the required quantities. Although the iPhone 6S registered record breaking sales, the supply hasn’t registered noticeable shortage although it was launched simultaneously in several countries from all around the world. So, Apple decided to avoid the stock problems registered with previous iPhone releases and the the Apple Watch. Have they sacrificed quality for quantity?

5. Samsung vs TSMC – A9 Chip Prevalence
Because the South Korean manufacturer is the traditional iPhone chip supplier it makes common sense to assume that the majority of iPhone 6S and 6S Plus devices are equipped with A9 chips built by Samsung. The percentage is somewhere between 65% Samsung versus 35% TMSC when it comes to the 4,7 inch display and 70% vs 30% in favor of the South Koreans for the phablet-sized iPhone.

6. Which Chip is better Samsung or TSMC?
The most noticeable difference between the two A9 processors is the battery drainage. All tests have proven that the Taiwanese semiconductor manufactured chip obtains better battery and processor performance scores. So, TSMC seems to be the better chip. The only question remained unanswered is how big the difference is between the two? 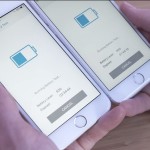 7. Battery Life Differences
Youtuber Austin Evans has discovered the the difference is quite significant when performing the traditional Geekbench battery benchmark test. The outcome was a 50 minute difference after 50% of the battery was depleted. It took the TSMC powered iPhone 6S 2 hours and 34 minutes to deplete half of its battery, while the same model powered by a Samsung-manufactured A9 chip lasted only 1 hour and 44 minutes until the battery percentage showed the halfway mark. That’s an astonishing one-third extra juice for the Taiwanese supplier.
Fact: the iPhone 6S powered by Samsung chips also get hotter during intense load, when compared to the TSMC models!

8. Real-Life Testing
Don’t panic yet though, because the Geekbench test applies a huge stress on the iPhones which isn’t matched in real-life usage. This is why we have to give a closer look at the comparison made during normal usage. Youtuber Jonathan Morrison has completed a series of test including capturing a timelapse for 30 minutes, shooting a 4k video and other various performance tests that simulate real world usage! After the whole charade the difference is somewhere between 5-10% for the TSMC 6S, when it comes to a complete battery cycle.

9. Apple’s Statement
The Cupertino-based tech giant has released a statement to cover the A9 Chipgate and played down the differences between the two chips, claiming that the performance sticks within an acceptable 3% variation, without mentioning in favor of which processor!

With the Apple-designed A9 chip in your iPhone 6s or iPhone 6s Plus, you are getting the most advanced smartphone chip in the world. Every chip we ship meets Apple’s highest standards for providing incredible performance and deliver great battery life, regardless of iPhone 6s capacity, color, or model.

Certain manufactured lab tests which run the processors with a continuous heavy workload until the battery depletes are not representative of real-world usage, since they spend an unrealistic amount of time at the highest CPU performance state. It’s a misleading way to measure real-world battery life. Our testing and customer data show the actual battery life of the iPhone 6s and iPhone 6s Plus, even taking into account variable component differences, vary within just 2-3% of each other. 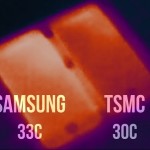 10. Conclusion
Similar to Bendgate, Chipgate is a reality! However, it can be considered a minor problem, that should have been avoided by Apple. The same way the iPhone 6 Plus is bending if you plan to curve it, the iPhone 6S also burns out its battery a notch faster if its powered by the Samsung chip. However, the variations are small enough, under real world usage, to not make a huge scandal out of this controversy. I’m sure though that Apple will continue to underrate this glitch and provide a solution with next year’s iPhone 7 release!
Fact: It’s also true that the Samsung A9 chip cam be a few seconds faster. So, if you lose battery life at least comfort yourself with gaining a little extra speed!
Tags:A9AppleBatteryChipChipgateiPhone 6SiPhone 6S PlusPerformanceSamsungTSMC
Previous Post
Next Post

Last Updated on November 5, 2022 by Patricia