10 WatchOS 3 Features & Improvements That You Might Not Know About 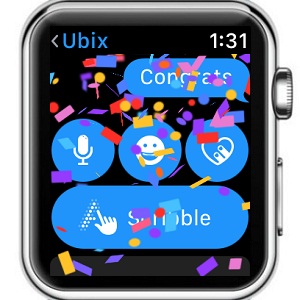 WatchOS 3 brings major improvements to the Apple Watch. Starting with the new Dock tool that can store up to 10 apps, which that are able to update in the background and are available for instant access, continuing with new built-in apps like Breathe, Heart Beat, Home, new Watch Faces and much more. Last but not least, added functionality like swipe to change Watch Face gestures, Emergency SOS availability, Activity sharing options, new Messages expression methods and much more.

We’ve already covered most of the changes and fixes coming with watchOS 3. However, to prove the amplitude of this update, there are still a lot of improvements that we haven’t talked about. Some are unknown even to advanced Apple Watch users, because they’re somewhat hidden. Analyzing email feedback from our readers and combining it with our own experience we came up with a list of 8 changes coming with this 3rd watchOS generation, that might pass unnoticed for the average user. Check them out and let us know if you were aware of them, in the comment section available and the end of this article.

Other watchOS 3 Features and Improvements 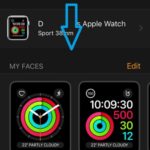 1. Settings Search
The Apple Watch app available on the paired iPhone has received a proactive Search feature, similar to the iOS Settings search that allows you to quickly reach an setting that’s available in the deeper branches of the menu.
Fact: The Search for Settings options only works in the My Watch face view.
How To: Swipe down to unveil the Search field and start typing for a setting. Results are filtered as o type! 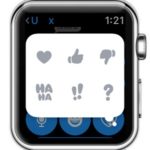 2. Message Tapback
A feature imported from iOS 10 allows you to quick reply to an iMessage by taping and holding a text bubble until the tapback options appear on the screen. Hit the desired emoticon and you reaction is shared with your chat partner.

4. Message Effects
The entertaining full-screen effects introduced by iOS 10 are also available on watchOS 3. Every time when you receive an iMessage sent with an animation, your wearable is able to handle it. Although you don’t have a menu to reply with an effect, you can use trigger words to cause an animation! 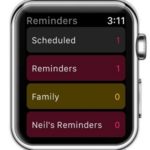 5. Reminders App
WatchOS 3 brings imports another familiar iOS app. Reminders is now available on your wrist too. Use it to schedule notifications, create shopping lists and more.
Fact: This app is separate from the Stand Reminders and the new Breathe Reminders!

6. Apple Pay Extensions
Now you can pay via Apple Pay from third party apps too, as long as this feature is integrated by the app’s developers. 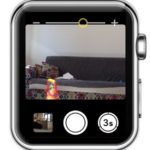 7. New Camera Controls
A whole bunch of new Camera app controls are available after updating to watchOS 3. Besides the usual Shutter button to snap a photo, Timer setting to capture with delay and Side button press to record a video, the following controls are added: Flash, Live Photos, HDR, Zoom, Burst, Front or Rear facing camera selector.
Tips: 1. Force Touch your Apple Watch’s screen while the Camera app is open to unveil additional options like: Flip (allows you to switch between Front and Rear iPhone camera), Flash (enables the LED available on the back of your iPhone), HDR (Selects High Dynamic Range capture mode), Live Photos (snaps a gif-like clip, introduced in iOS 9 and iPhone 6S).
2. Tap & hold the Shutter button to snap images in Burst mode!
3. Use the Digital Crown to zoom the viewfinder in and out before you take a picture! 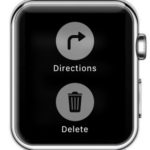 8. New Calendar Options
You can now use your smartwatch to delete events from your calendar and even switch between calendar views.
Tip: Force Touch on the Calendar app home screen to be able to switch between views!

9. Find My Friends
Another stock iOS app has reached the Apple Watch. Use it to check the location of your friends and family.

10. Siri Languages
Your iPhone and Apple Watch virtual assistant becomes even more intelligent in watchOS 3. It now adds support for the following language dialects: English (Ireland), English (South Africa), Spanish (Chile) and Chinese (Cantonese – China). This allows Siri to better understand what you’re saying in case you speak in one of the dialects mentioned above. Of course these languages are added to the already impressive lists of tongue’s supported.