15 Changes And Features That You Can Expect From iOS 11 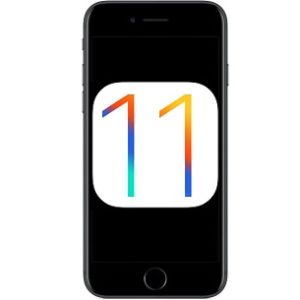 In the past months we’ve shared with you a whole series of leaks and rumors about the upcoming iPhone 8. However, the 10th generation iPhone is only due in September. In the meantime, Apple plans to unveil iOS 11, the software that will officially give life to the upcoming iPhone flagships and all the other previous terminals, that will be supported. The next iPhone and iPad OS becomes available for preview and testing starting with WWDC17. Apple’s Worldwide Developer conference has its keynote scheduled for June 5.

It’s time to review the most important changes and features that might be introduced by iOS 11. I used the term “might”, because although we’re only a few fays away from the preview, not much info regarding the new iteration has leaked to the public. It’s much easier for Apple to maintain privacy when it comes to software releases, because information can be much more easily contained among a small group of developers. That’s totally opposite, to developing complex hardware like the iPhone, that contains lots of parts provided by various suppliers!

iOS 11 Expected Changes & Features
We’ve summed up a collection of updates that might be included in iOS 11. It’s basically a prediction of new features, some of them being more likely to happen than the others: 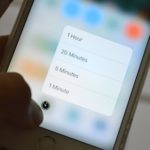 1. Configurable Control Center
Apple has attempted to improve the functionality of the iOS Control Center in iOS 10, but we expect more steps forward along with this next iteration. Multiple cards don’t seem to be the best option. However, providing users the option to tweak, at least some of the options available in the main panel, would make this shortcut menu far more attractive. Many consider that features like Low Power Mode have to be available with a swipe-up gesture from the bottom of the iPhone’s screen. 3D Touch functionality would also be welcomed to the Control Center interface.

2. Interactive App Icons
The iOS 10.3 update has started allowing iOS app developers to provide users the option to change the graphics of the Home Screen app icons. The next step further would be to provide coders the change to animate these app icons and why not update them from time to time. This would allow weather apps to display current temperature and weather conditions, directly on the app icon, calendar apps to update the current day.
Fact: The only app icon that is currently animated is the native Clock one, that is able to display live info about the current time.

3. Grouped Notifications
There is a high chance that you aren’t satisfied by the way the Notification panel handles your alerts. Many of us expect for the notifications to be grouped by apps, instead of being displayed in the order of arrival. This would make the slide-down interface look much more cleaner and will also increase the user’s productivity. 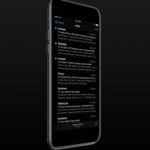 4. Dark Mode
It’s been a while since Apple fans expect a Dark Mode for their iPhones and iPads. It would make interactions with your iOS device more precise during low light environment. It’s true that the Cupertino-based developers have provided us Night Shift mode, but that’s not the same with Dark Mode. Night shift changes the tones of the display to relieve the strain on your eyes during the night, but doesn’t improve the way you distinguish things on your smart device’s screen. 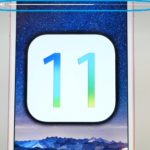 5. Volume Graphics Revamp
If the Volume adjustment pop-up won’t get a complete edit in iOS 11, Apple will end up with a lot of annoyed fans. The outdated interface appears in the middle of the screen whenever you adjust the intensity of your speakers, blocking the view for a couple of seconds and preventing your from seeing and important part of data. Youtube for iOS also had this problem, but Google removed the obtrusive animation a year ago. It would be about time for Apple to comply.

6. Call Interface Update
A similar upgrade is expected for the incoming call template, that currently occupies the entire screen real estate. Functionality could be greatly improved if the new call interface is minimized and offers the option to continue what you were doing before the call, while the phone conversation is ongoing. 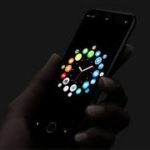 7. iPhone Complications
If you own an Apple Watch your surly enjoy the small information pockets available on the Watch Face. Importing complications to the iPhone’s Lock Screen might prove itself a good idea. This would add a whole new range of shortcuts to popular apps, to come along the already available Widgets interface. More, you could only glance at the Lock Screen to inquire your Activity status, current weather and much more useful information.
8. Split View
Is a feature that was first introduced on the iPad along with iOS 9. It might be extended to the oversized iPhone versions in iOS 11, allowing users to split the screen and use two apps in the same time.

9. Picture-in-Picture
Functionality could also be borrowed from the iPad to the rumored iPhone 8, OLED display iPhone, and the oversized iPhone models. This will allow users to minimize video playback to the corner of the screen and continue to watch while using other apps.

10. Siri Chatbot Compatibility
The iOS virtual assistant should be able to interact via text with the iPhone and iPad user, similar to a chatbot. This feature is already available with Google Assistant for iOS, a third party app provided by the American tech giant that aims to rival with Siri!

11. Offline Siri
Continuing with the expected enhancements of the virtual assistant, analysts expect that Siri could become available even when iPhone is not connected to the Internet.

12. Offline Maps
iOS 11 should empower its native Maps app to provide offline charts. It’s yet another feature that is already provided by Google via Google Maps for iPhone and iPad.

13. Touch ID For Apps
In previous versions Apple has started to allow users to lock Notes with a password and Touch ID. This functionality might expand to other built-in apps and why not to third party ones, allowing you to fingerprint protect various data on your iOS device.

14. Camera Update
Options such as Preserve Camera mode and record video quality might become available directly in the Camera app, instead of hiding away in the Settings menu.

15. Keyboard
iOS 11 could bring the first native swipe-based keyboard to the iPhone. Third party apps like Nintype the perform this action, since years, but Apple might consider to introduce its own built-in version.

Do you have any other changes that you expect to be included in iOS 11? Share your opinion below! Remember, to tune in on June 5 and follow our live blog from the WWDC17 keynote!