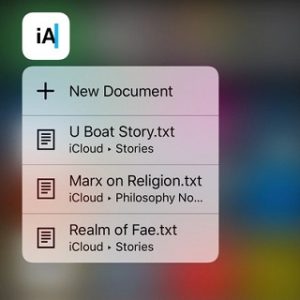 iOS 10 comes with many new features and one of them emphasizes on a superior 3D Touch integration. Everyday iPhone usage has just allowed me to uncover another hidden feature available for the iPhone 7, 7 Plus and iPhone 6S and 6S Plus the only Apple smartphones models that carry pressure responsive displays. Did you know that you can 3D Touch on certain Spotlight Search results to unveil actions and hidden shortcuts?

Because I use a lot of apps on my iPhone, I have them organized in folders. No matter how disciplined I am, it’s time consuming to dig after a software that I don’t use daily. That’s why I prefer to use Spotlight Search whenever I want to quickly reach an application that isn’t among the suggested apps. Yesterday, I was searching for iA Writer and instinct told me to attempt to 3D Touch the result. Voila you have the result available in the print-screen uploaded nearby! 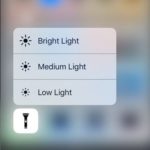 Fact: There are only a few apps at the moment that offer 3D Touch integration when listed in the Spotlight Search results. However, I expect the list to increase as in the upcoming weeks. Check back as I will constantly update this article when news is available.