4 Educational Games We’d Like To See In Apple Arcade 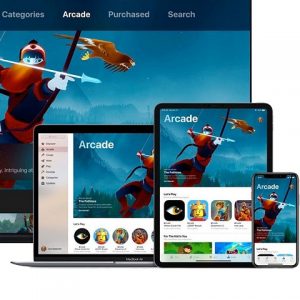 A surprising number of iOS games have educational value, even if it’s not overt. Numerous popular word games, from Ruzzle to Words With Friends, can expand vocabularies and spelling. Mystery narratives like The Room series and Year Walk can teach reasoning and critical thinking. And some of the puzzle games we highlighted some time ago in our look at the best apps and games of 2018 — Donut County and Gorogoa — help people learn how to solve problems of all kinds.

Even if games like these can teach subtle lessons though, there’s also a bit of an opportunity right now for iOS developers to put forth some more overt educational experiences. The launch of Apple Arcade, which is already full of great games, has in a way reset iOS gaming. It’s enabled developers to experiment more, and to release more unique or unusual games that might get lost in the shuffle in the app store, but which have a chance to stand out in Apple Arcade.

The 4 Categories That We Would Like Apple Arcade To Cover
We aren’t suggesting that this should lead to a massive new collection of educational games. But while Apple Arcade is still fairly young, and its selection relatively small, there may be space for a few titles that could teach valuable skills more overtly. The following are some it would be nice to see:
1. Computer Coding
Do a few searches about the best skills to learn in the 2020s, and you’re likely to see coding listed just about every time. Once viewed as a niche skill for people particularly interested in computers and technology, coding is fast on its way to becoming an essential skill in the modern world — or at least being treated like one.
Among numerous good reasons to learn coding, the best might simply be that it can lead to job opportunities, or simply enhance your personal resume. The only problem is that for many, learning to code is a dull process. A well designed game for Apple Arcade could change that, however. It could break the process down into steps, present them as challenges, and employ any number of graphics and narrative elements to keep things interesting. People could enjoy such an experience just like a puzzle game, and learn coding basics as they do so.

2. Investing
Investing is a skill people don’t have many opportunities to learn unless they seek them out specifically. That is, it’s not typically part of school curriculums, nor is it the sort of thing people pick up through hobbies. The result, unfortunately, is that when people reach the age at which they start to make money and think about investing, they often don’t know where to start.
A good investment game for Apple Arcade wouldn’t solve this problem completely, but it could certainly go a long way toward making people aware of basic principles and practices. In this case, we might imagine such a game as a sort of lifestyle experience, in which players could respond to simulated market movements that mimic real life, and invest on behalf of a virtual character with limited assets.

3. Printed Circuit Board Design
Printed circuit board design is not a skill a lot of people necessarily think of learning. But the truth is that it can make for a good introduction to electrical engineering, and can teach people more about how the electronics we rely so heavily on actually work. The trouble is that PCB design is another thing that most people wouldn’t ever learn without making a distinct effort to do so.
That doesn’t mean there aren’t options. You can learn what the components of a PCB are through design programs, and then learn how to organize them and create functioning layouts. Basically, you’d be learning how to use in-depth software to create working PCBs. At the same time though, a game — perhaps one not unlike some existing connect-the-dot-style puzzle games you can find in app stores — might teach some of the fundamentals in a way that could get beginners started. It could be a fun challenge, and one that would spark interest in more advanced PCB design education.

4. Graphic Design
Our last suggestion is that there also ought to be a game teaching graphic design. This is a skill somewhat like coding, in that it was once unofficially reserved largely for designers, but is now thought to be a valuable skill for people to have in general. Clearly, there are some potential direct benefits, such as fitness for specific design-related jobs. However, there’s also something to be said for the fact that more people today have their own websites, apps, and active social media accounts. Knowing graphic design can help you to personalize these things and make them stand out, even if they’re not related to your occupation.
Graphic design can be learned on different levels, and through any number of online guides and programs. As with all of these ideas though, a game would make the early process less tedious, and could set someone up with the basic understanding to pursue more in-depth education. Plus, a design-related game would give an Apple Arcade developer a great opportunity to show off some impressive visuals.

What other educational games would you like to see added to Apple Arcade? Let us know in the comment section available below! Also mention if you notice a game from the 4 categories mentioned above!

Related: If you hurry up you might still be able to download Tayasui Calligraphy and Tayasui Blocks for free and save $3.98 in the process.