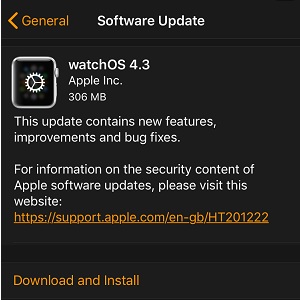 watchOS 4.3 is the most recent public Apple Watch Operating System available for download and perhaps the last major update before the official release of the 5th generation? watchOS 5 has already been introduced to the world during WWDC 2018 and is in its early beta testing stages. However, the 2015 watchOS is the first version that leaves out the original Apple Watch model from its compatibility range.

With all this being said watchOS 4.3 might remain a very important version especially for those of you that own the oldest Apple Watch model in the market. Below you can find a presentation of the most important new features included in this release as well as tips about how to install it on your smartwatch! 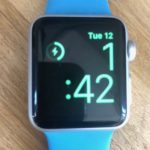 How To Update To watchOS 4.3
To update your Apple Watch you have to grab the paired iPhone and open the Apple Watch app. Next, view the My Watch tab and tap on General. Select “Software Update” and allow your iPhone to search for the new version. Hit Download and Install and be patient until the new version is deployed on your Apple Watch.
Tip: Make sure that your smartwatch is at least charged to 50% and is connected to a power outlet, while performing the updated!