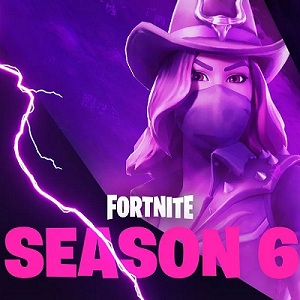 One of the most popular games ever played on an iPhone and iPad is Fortnite, developed by Epic Games. This epic Battle Royale game has been first developed for gaming consoles like PlayStation, Xbox and Windows / Mac powered computers. Since iOS 11 it’s been also available to the iPhone and iPad. Season 6 is now fully iOS 12 compatible and brings a series of enhancements that make the game more appealing than ever.

Before, we move on with detailing the new features I want to remind you that Fortnite for iOS is compatible with iPhone SE and newer, iPad Air 2, Mini 4, 2017, 2018 and iPad Pro. Unfortunately, it’s not playable on the iPhone 5S, 6, 6 Plus and the iPod Touch. You only need roughly 150 MB of storage space to be able to accommodate the app on your device. The game is a free download from the App Store and offers a few in-app purchases that will help you boost your performance.

Fortnite Season 6 – What’s New?
This new season of your favorite gaming series comes with new characters and settings that bring the game to a new level. You’ll encounter spooky landing location, surprising collectibles and as expected more epic ‘battle royale’ clashes. However, here is what stands out from the bunch: 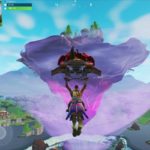 1. A Floating Island
Fortnite season 5 featured a cube that was able to cause gravitational anomalies. It’s now hidden under the Loot Lake and is making the island float into the sky. You can use the battle bus to skydive to this ground hovering piece of land or jump into the vortex that’s surrounding the island to boost yourself upwards. This way you can search for loot or scan the horizon.
Tip: You can also use the vortex to quickly move to other areas of the map! 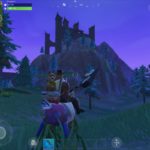 2. The Haunted Castle: There is a new creepy castle available for exploration. Go towards the Haunted Hills area of the map and climb along the mountainside to uncover the mysterious castle. Be ware of numerous enemies and battles opportunities lurking in this area. Players can smash through walls or hide under the tall arches.
3. Cute Companions: In season 6, if you level up your Battle Pass, you can unlock friendly pets that ride along with you while you explore the island. For example you can host a dog in your backpack along the mysterious map trails. 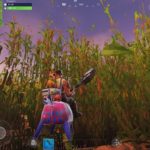 4. Surprising Fields: If you’re heading into the cornfields be extra cautious. There are a bunch of surprises hiding behind the densely packed stalks. You can be lucky and uncover a treasure chest, but there is an equal chance that you might bump into an enemy!
5. Turn into a Werewolf: If you unlock this season’s battle pass, along cute companions you can also become a fashion icon. Unlock new outfits including the Legendary attire which has the ability to change its appearance as you gather experience.
Fact: If you manage to unlock Tier 100 of the Battle Pass you can even transform yourself into a werewolf!

Tip: Are you new to Fortnite? Here is how to start playing.