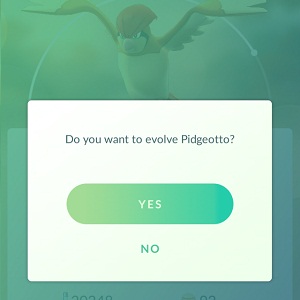 One of the most exciting actions when playing Pokemon GO is the one that allows you to Evolve the fantasy creatures. This feature practically grows up a Pokemon and transforms it into a stronger species on its scale of evolution. The highest impact of this change is a increase in your monster’s CP, Combat Power. Obviously, this makes your creature stronger and more efficient in Gym battles.

Evolving Pokemon requires resources and a proper strategy. Many Trainers are tempted to grow up their monsters as soon as the feature becomes available, but this might not be the best game plan. In the early stages of the game you will Level up quickly and Evolving too soon might not prove itself the best idea. Knowing that the higher your trainer level is, the more stronger monsters you will be able to catch, you can agree that spending candies on Evolving in the early stages, might prove itself a bankrupting strategy.

How To Evolve Pokemon

All fantasy creatures can be grown up. However, you need to spend some resources on this process. This is why you aren’t able to evolve a Pokemon in the very early stages of the game. Candies can’t be bought from the Shop, so you have to work hard and collect these resource needed for Evolving.
Once you have collected the required amount of Candies you’re ready to transform your lucky pocket monster:
Step 1: In the Pokemon GO Map view, tap on the Menu button, represented by the PokeBall icon, centered, at the bottom of the screen. This opens the game’s control panel. 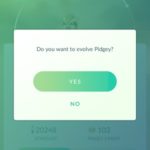 Step 2: Tap on Pokemon and a list with all monsters, caught by you, and still available in your Bag, is displayed.
Step 3: Select the Pokemon that you wish to Evolve. Ideally, it should be the highest CP creature of its kind.
Step 4: The creature’s info page opens up. If you have enough Candies the Evolve button is active, else you’ll see it greyed out and have to dig harder to collect the specific Candies.
Step 5: Tap Evolve and wait until your Pokemon grows up into a stronger creature! 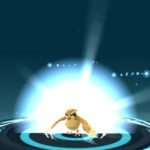 Step 6: Depending on the breed and on your Candy reserves, you can Evolve the same Pokemon again. Some creatures support two transformation phases, while others none at all. For example, you can Evolve a Pidgey -> Pidgeotto -> Pidgeot.

Fact: A Pokemon evolution, on average, almost doubles the creatures CP. This is why it’s recommended to wait until you catch a high CP Pokemon of it’s kind. Doubling or tripling a higher figure brings up a much higher CP!

When To Evolve Pokemon 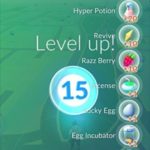 As explained before, it pays off to have patience and wait. If you evolve too early (before Level 15), you might end up disappointed because you’ll soon catch a Pokemon as strong or even stronger as the one you just spent your savings to strengthen it. The more you advance in the game, the more harder it becomes to collect XP and level up quickly. Each higher level requires an increased amount of XP to complete it. In my opinion you can reach Level 15 pretty easy, if you play it right and spend a decent amount of time with the Niantic app. A huge amount of XP is required for completing a level in the later stages. 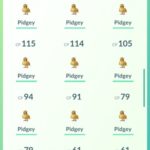 How To Collect Pokemon GO Candies
There are two ways to earn Pokemon specific candies and both require hunting and catching monsters. Whenever you catch a Pokemon you get three candies as reward, along the XP (100 XP + throwing bonuses + PokeDex entry if it’s a first timer of the breed). The idea is to catch as many creatures from the same species in order to collect the amount of candies needed for evolving the Pokemon. For example, you want to evolve your highest CP Pidgey. The action requires 12 Candies. To collect this amount you have to catch at least 4 Pidgeys. This brings you an initial 12-Candy buffer. 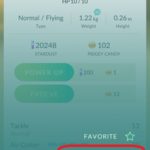 Maintain the highest CP Pidgey for evolving, while transferring the other 3 birds to Professor Willow. Each trade brings an additional candy for each of the 4 monsters traded out. As soon as you reach a dozen candies the Pidgey Evolve button becomes active and you can hit it, to transform it in to a Pidgeotto.
Fact: That’s why you have to catch all Pokemon that spawn nearby. No matter how low the CP is you still get one Candy for every single creature transferred to the Professor. Don’t worry about filling up your Trainer bag because you can empty it asap.

Benefits of Pokemon Evolution
First of all, you end up with a much stronger monster in your roster. Secondly, XP is awarded for each evolution. You can even double the Experience Points rewarded by the system if you throw a Lucky Egg on the Map.
The best strategy is to select a series of Pokemon that you plan to grow up and have the resources to do so. Next apply the Luck Egg spell and you have 30 minutes to Evolve and double your XP. Evolving a monster takes on average, around 30 seconds. This means that you can easily complete 50 transformation processes and collect at least 50,000 XP within half an hour (500 XP for each transformation, doubled by the Luck Egg charm, everything times 50) 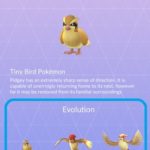 Can I Evolve The Same Pokemon Twice?
Depending on the breed, yes you can grow up the same Pokemon twice. You can check the Evolution scale of all Pokemon by visiting your PokeDex. From the Map view, tap the PokeBall-like menu icon to open the game’s control panel. Now, tap PokeDex and a list with all monsters that you caught, since playing the game is displayed. Tap on a Pokemon that you plan to Evolve and you’ll find out it’s potential transformation stages.
To continue the example with Pidgey you get: Pidgey -> Pidgeotto -> Pidgeot. An example of a Pokemon that can be Evolved a single time is Zubat -> Golbat, while Electabuzz or Chansey can’t be Evolved at all. 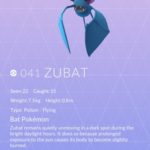 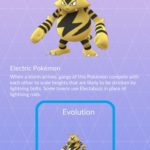 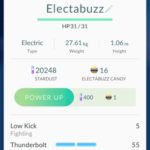