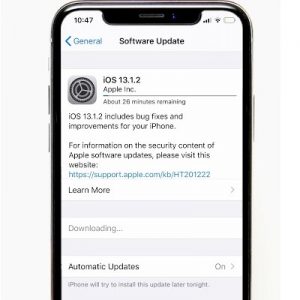 Apple is continuing its iOS 13 fixing with the 3rd software update within only 11 days. The 13th iOS generation brings a lot of changes and welcomed new features. But such a big update came with its fair share of bugs. The Cupertino-based tech giant is now filtering them out. After fixing a half of a dozen important issues with in iOS 13.1.1, six more bugs are now patched with the iOS 13.1.2 release.

All that you have to is open the Settings app on your iPhone and tap on General. Select Software Update and allow your device to check for updates. Tap Download and Install. Provide your Passcode, Agree with Apple’s terms and be patient until iOS 13.1.2 is downloaded and unpacked on your device. The iPhone will automatically reboot when the installation process is ready. 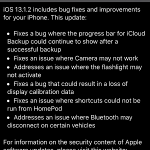 Apple labels this incremental update with its standard “includes bug fixes and improvements” tagline. Below you can find out the six bugs patched by this version:

On top of the bugs listed by Apple as patched by this latest release, we’ve noticed one more fix. Switching for Silent mode in iOS 13 would not come with a haptic feedback for the iPhone 11 lineup. This will be solved if you update to iOS 13.1.2. Your new iPhone will vibrate discretely whenever you turn of the Silent mode from the Silent mode switch.

Related: Enough with all these bugs. Let’s check out some new features available in iOS 13. Do you know that you can share your Name and Photo with Contacts in iOS 13 iMessages?