We’re 16 days away from the official launch of The Watch and Apple has just released an update for its famous portable operating system. iOS 8.3 is now available for download! So, grab your iPhone or iPad and tap on Settings -> General -> Sofware Update.

You’ll be prompted with the iOS 8.3 update screen which informs you that this latest addition improves your Apple device’s performance, fixes bugs and adds Emojis. However, you’ll be surprised that there are a lot more extras worth mentioning!

Now, hit Download and Install and let your gadget update itself. It’s recommended that you perform iOS updates when connected to a Wi-Fi hotspot, to avoid massive carrier data usage. Because the upgrade can last up to 10 minutes, it’s important to do it when your iPhone’s battery percentage is over 50%, or while your device is plugged-in. 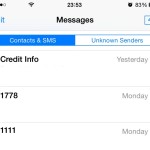 With the latest iOS version running on your device, you can expect to notice improved performance for various iPhone tools and features, as well as a lot of fixes for Wi-Fi and Bluetooth; Orientation and rotation; Messages; Family Sharing, CarPlay, Enterprise, and Accessibility. But here are a few new additions that struck the eye:
1. New way to organize Messages
The Filter Unknown Senders option has been added to Message Settings. When enabled, it splits your iOS texts view in Contacts & SMS | Unknown Senders. This way it’s easier for you to track your message threads.

2. Photo Album Icons
The traditional Albums from within the Photos app have received an icon for better recognition. For example, the Favorites folder gets a heart symbol, Recently Deleted a garbage can, Slow-mo the doted circle and so on. This way you should differentiate between them easier.
3. Siri & Speakerphone
Your iOS virtual assistant is now clever enough to dial calls on speaker, when using the Hey Siri call to action feature. If you send a command like ‘Hey Siri! Call [Name] on speaker!’ 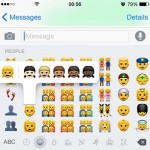 4. Emoji Update
The Emoji keyboard has been totally revamped. Over 300 friendly symbols have been added and the layout of the keyboard is now easier to access and navigate. Look for hidden Emojis by taping & holding an Emoji face to get different skin colors, for example! Plus, add third-party smiley faces to your iOS keyboard!
5. Safari Keyboard Layout
The built-in iOS Keyboard has been rearranged when opening in Safari. This way it’s less likely to hit the dot key while looking for the space bar! 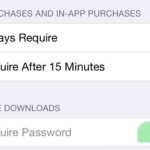 6. App Store Download Without Password
Software labeled as Free on App Store can now be downloaded without needing the passcode or TouchID system. Feature can bee enabled or disabled from Settings -> iTunes & App Store -> Password Settings. However, this feature is currently overshadowed by an unexpected bug that bypasses Touch ID!

7. Apple Pay & Passbook
Your credit cards have now a different section within Passbook. This way you can keep them separate from everything else.