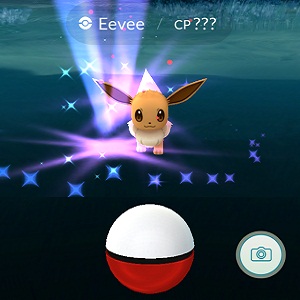 The ultimate goal when playing Pokemon GO is owning a monster roster with high Combat and Health Powers in order to be able to take on rival Gyms and have real chances of conquering them. Of course, that you can Power Up, Evolve and Train your fantasy creatures to make them stronger, but everyone does that. However, if you follow the tips and tricks provided below, you’re able to get the much needed edge that makes the difference.

Pokemon GO is a game of patience. The more patient you are the better your results will be in the long term. If you hurry up and spend resources early on, for strengthening your monsters you’ll end up disappointed a few Levels later, when you’ll catch Pokemons stronger than the one you spend all your savings on. The golden rule says that the higher your PokeTrainer level is, the more stronger monsters you are able to catch. The higher CP and HP a Pokemon is when you catch it the more stronger it will become after you Power Up and Evolve it.

7 Fact About Catching High CP Pokemons
Here is what you have to do in order to maximize your chances of catching creatures with high Combat Power: 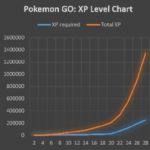 1. Build PokeTrainer Level
As mentioned above your main goal in the early and mid stages of the game is to collect XP and increase your Trainer level as fast as possible. Check out this list with XP rewards for various Pokemon GO actions. All that you have to do is walk to hunt and catch Pokemons, check PokeStops, hatch Eggs. These are the main actions that you should focus on until at least Level 13 (from here onward the amount of XP to reach the next level doubles). If you save your Lucky Eggs and use them as late as possible you will have no trouble to reaching Level 15. 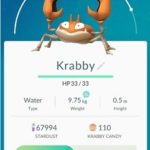 2. Bank Stardust & Candies
Save all the resources that you collect until Level 15, or the level that you impose yourself for starting to boost your monster team. You’ll have enough Stardust and Candies to Power Up and Evolve your best Pokemons and make them even stronger. I explained above that investing resources during the early stages is a total waste, especially now when most Gyms are claimed and low CP monster have no chance in a head to head encounter. 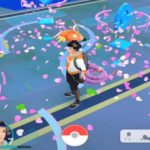 3. Hunt Near Lured PokeStops
If you walk to public places with a high density of PokeStops and Pokemon GO players you have higher chances of catching high CP Pokemons simply because you will catch a lot of them in a short time frame. If many players are around Lure Modules will surly be used in abundance. These charms impact all gamers nearby!
The more creatures you catch the better the chances are of you bagging a high Combat Power one. Search for PokeStops with active Lure Modules and you’ll get a lot of Pokemons spawning around you. 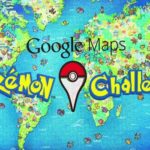 4. Mix Locations
I noticed that the Pokemon GO algorithm rewards loyal and active players. If the game detects that you hunt in different locations it’s more likely that it will spawn a really high CP monster to reward your perseverance. If you have time, try to run the app, whenever you’re in a different neighborhood, city, country or continent. Do it at least for a few minutes to check-in and let the servers know that you are searching “everywhere”. You’ll soon notice your loyalty bonus. 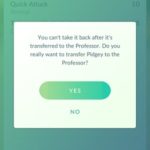 5. Transfer Pokemon
Catch all creatures that you get the chance to. It doesn’t matter if you already own the species, or if its CP is as low as 10. You can transfer Pokemon to professor Willow and receive candies as reward. Candies that you can spend later on to Evolve Pokemon and dramatically increase their CP.
Transferring monsters also helps you to empty your backpack and make room for new ones. 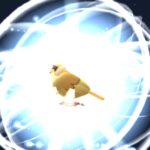 6. Power Up & Evolve
When you reach higher PokeTrainer Levels that require a lot of XP to move on, you can start Powering Up and Evolving your monsters. Growing up your creatures brings additional XP. You’ll both strengthen your squad as well as earn XP to reach new heights. When you’re ready to Evolve do it organized. Spend a Lucky Egg to double the amount of your rewards. Evolving takes around 30 seconds. You can easily grow 50 Pokemon in the 30 minute time frame offered by a charmed egg. That’s around 100,000 XP up for grabs, enough to reach Level 19, if you start at 15. 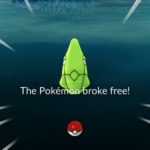 7. Don’t Let Them Spawn Away
Last but not least make sure that you catch that golden Pokemon when it spawns. When I started playing the game, I was one weekend out in the woods for a camping trip. My Level was only 6 and a Wild Golbat of CP 367 spawned nearby. I did not have Razz Berry (available only from Level 8), missed two throws and the Pokemon ran away. Believe it or not, I had to reach Level 12 to be able to catch a monster with the same CP. So, make sure that you don’t let the important ones slip, even if the brake free for several times. 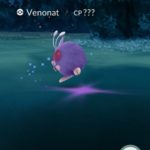 Tip: Most monsters have the CP info available when you open the PokeBall throwing screen. However, a few rare ones don’t. This is how you can recognize a strong Pokemon! If its CP is hidden and you get “???” instead of numbers it means that you’re about to catch a big monster. The number of question marks indicates the number of figures its Combat Power value has.
Stay put, throw Razz Berry and insist to catch it again if it tries to break free. Feed the Pokemon after each brake free attempt to make sure that it stays around until you bag it!