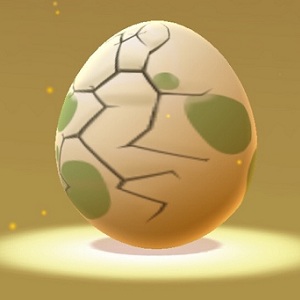 There currently lies a lot of controversy surrounding the Pokemon GO egg hatching feature. It’s an intriguing part of the game that requires the player to walk in order to hatch an egg and grow a new Pokemon. This is the second way in the game to increase your monster roster, along with hunting and catching. There are three types of eggs available: 2km, 5km and 10km eggs. “As soon” as you walk the appropriate distance the “Oh!” message and a hatching Pokemon egg is displayed on your screen. After that, the new Pokemon is revealed along with its specs. At least that’s the theory, because as you actually play the game, you discover that things aren’t that simple.

I’ve experienced it myself and a lot of other gamers reported that Niantic’s software isn’t properly recording the walked distance. I’m excluding here car trips and other types of commuting to gain mileage, because most reports show that there is no egg hatching distance recorded if you try to trick the system. The game clearly states: Walk “x” kilometers to hatch an egg. It doesn’t say Run, Drive or even a general term like Move. But the problem is that there are often situations when players walk and the game credits them with less distance covered, compared to the actual movement and that’s really strange for a game that has GPS tracking as main function!

How Is Pokemon GO Egg Hatching Distance Calculated
To understand how to hatch an egg faster and grab the much needed Experience Points, you need to figure out how distance counting works with this game. To tell you from the start, there is no official explanation from the developers about how egg walking distance is calculated. Anyway, after several days of testing I think that I figured it out.
– Movement Type
As mention above you should know that Pokemong GO distance tracking is conditioned to the movement type. Walking is mandatory!
– Speed Limit
To prevent players from abusing the game, a speed limit is set. If you go above it, all distance tacking is stopped. This allows the game engine to make sure that you don’t trick the system by driving or moving with the help of any other transport method that would allow you to hatch eggs fast. It’s unclear yet which the speed limit is. Some say that it’s below 5 km/h (3.1 mph), 10 km/h (6.2 mph) or even 20 km/h (14,4 mph). From my findings, 5kmh is too low, because brisk walking exceeds that and I got distance increment while walking rapidly. However, it was a value lower as the one recorded by Runkeeper over the same distance.
– Location Ping Frequency
It seems that Pokemon GO pings and records your iPhone, or any other smartdevice that you use when playing, for your current location every 60 seconds. So, if you walk from point A to point B in and then return to point A within 60 seconds you get zilch on your egg hatching progress. That’s really strange for a game that tracks your movement all the time. However, this might be a temporary problem caused by the huge amount of fans playing the game and causing the Pokemon GO servers to overload. So, in order to lessen the pressure, Niantic might have dramatically increased the time between location pings. A compromise that sacrifices accurate distance measurement.
– Walking Path
The same factor described above might cause this bug too. It seems that, at the moment, Pokemon Go tracks your walked distance in straight line. This means that if you walk in circle, you’ll get credited far less mileage then you physically walk and that’s annoying. To be more explicit, I walked the perimeter of a park and completed 5 laps. Runkeeper and even my iPhone’s pedometer showed above 5km (3.1 mi), enough to hatch a medium Pokemon egg. However, the game only recorded 1.1 km (0.62 mi) which is a huge downsizing!
– Multiple Egg Hatching
Theories claiming that if you attempt to hatch multiple eggs at a time, will result in accumulated distance splitting are wrong! A myth is also the fact that if you hatch multiple eggs at a time only the most advanced one is credited with mileage, while the next one waits for the grown egg to hatch. I’ve tested this and all eggs receive the same credit. To be more explicit I walked 10km (6.21 mi) while incubating three Pokemon GO eggs. A 2km, 5km, and 10km size. I managed to hatch only the smallest egg while the other receive the same increment of 2.2km! 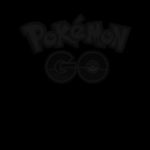 8 Tricks To Hatch Pokemon Go Eggs Faster
Considering the facts described above, here is a list with tips that will help you achieved shorter incubation times:
1. Active Pokemon GO app
The most important thing to get distance credit from egg hatching is to have the app active! Don’t leave it to run in the background because it won’t track anything. If you worry about battery drain, you should know that Niantic has implemented a feature that dims the display of your iPhone (or any other device), if the app is open, but you don’t touch the display. 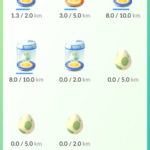 2. Incubate Multiple Eggs At Once
The easiest way to do in order to maximize your Pokemon egg hatching results is to incubate multiple eggs at once.
For this, you need more Incubators. You have one from the start of the game, with unlimited usage times. You can collect other limited usage egg hatching devices from PokeStops or purchase them from the Pokemon Go Shop.
Tip: Use the big 10km Eggs with Incubators that have limited usage times, while allocating your unlimited Incubator to smaller eggs. 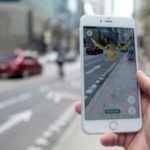 3. Walk In Straight Line
According to my experiments the best distance increments for egg hatching have been recorded when walking in straight line. So, if you go out to incubate, plan a straight path and don’t deviate too much!
4. Run Marathon Style
You can run and get mileage credits on the Pokemon Go egg tracking counter, but do it marathon style. That’s low speed long distance! Also, use the tip from the previous point and plan your running path in a straight line. Don’t do stadium laps, because you’ll be disappointed by the end result! 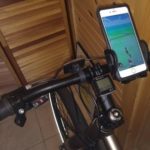 5. Ride A Bike
If you plan to go for some serious incubation and your stamina isn’t strong enough to run long distances, grab a bike and start pedaling. Do it very slowly though, in order not to go above the speed limits mentioned at the start of this article.
6. Rollerblade
If cycling works, so does rollerblading, skateboarding as long as you do it in a straight line and at slow speed! 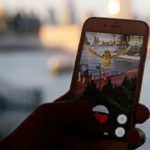 7. Drive A Car Slowly
Yes, I even got a nice share of distance credit while driving, however doing it at slow pace isn’t that efficient, because it’s more convenient to cycle, isn’t it? But the car might be the best solution if it’s a rainy day and you want to hatch Pokemon eggs fast!
Update: Tricking the Pokemon GO distance measuring is possible when driving! Make sure that your speed never surpasses 25km/h, that’s 15.5mph. Drive on straight roads as much as possible. If you go above the speed limit the whole trip will be voided and no egg hatching distance credited. Stay below the limit and you’ll completely incubate eggs much quicker!
8. Scheduled Runs
All the above methods work, but you’ll surly get tracking errors. Even if you walk and do everything by the book you’ll see that the credited distance is less then you actually covered, simply because, at the moment, location pinging is too rare. One way to get past this is to incubate when the Pokemon Go servers aren’t overloaded. That’s very late at night, or very early in the morning! Good luck!

One Response to 8 Tricks To Hatch Pokemon Go Eggs Faster