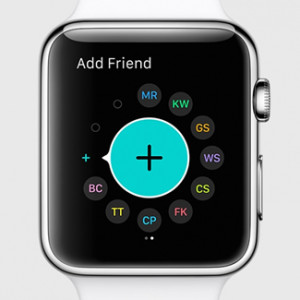 WatchOS 2 plans to also revamp its trademark Friends feature too! I’m referring to the 12-slot carousel that accommodates your closest contacts and makes them reachable, from every screen of the app, with a single Side button press. This way you can rapidly communicate with an important person from your entourage. More, if he or she owns an Apple Watch too, you can use the revolutionary Digital Touch system for an unique way of connecting.

The changes brought by the second watchOS generation, complement two major shortcomings. First, it’s the fact that the actual Friends feature can accommodate only 12 contacts and secondly, it’s the limitation that requires you to grab your paired iPhone, whenever you wish to add a new entry. Starting with watchOS 2, Apple Watch users will be able to input a new friend directly from their wrist and create multiple Friends screens, each 12-spot large. It’s a similar interface to the one used for the iPhone’s home screens.

How To Add Friends From Apple Watch 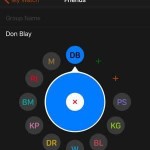 Until now we had to grab our paired iOS gadgets, open the Apple Watch app, scroll the My Watch view and tap on Friends. Next, you can tweak your entries by pressing on Edit in the top corner of the screen. In watchOS 2 users are able to add new contacts by tapping the large + icon available in the center of the Friends carousel.
So, flick your wrist; press the Side button; tap on the centered “+” and select the contact that you wish to add!
Fact: iPhone tweaking remains available, but a new carousel-like interface is available. This creates a more clearer image of the contact positioning, compared to the original layout. 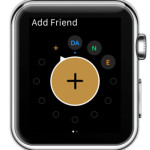 While using your iPhone, you surly noticed that whenever your last home screen is about to fill up with app icons, a new screen is automatically created and you get the option to slide for it and add even more icons. The same principle is now used with the Apple Watch Friends feature. Whenever the carousel gets overcrowded, a new one is created. Navigation between the two or more Friends circles is achieved by swiping left or right on your wrist gadget’s screen. This way you can get rapid access to an unlimited number of important contacts.

Tip: Continue to save your closest friends on the first carousel view, while adding others later on. This will spare you from a swipe, whenever you attempt to reach a family member or someone really important.