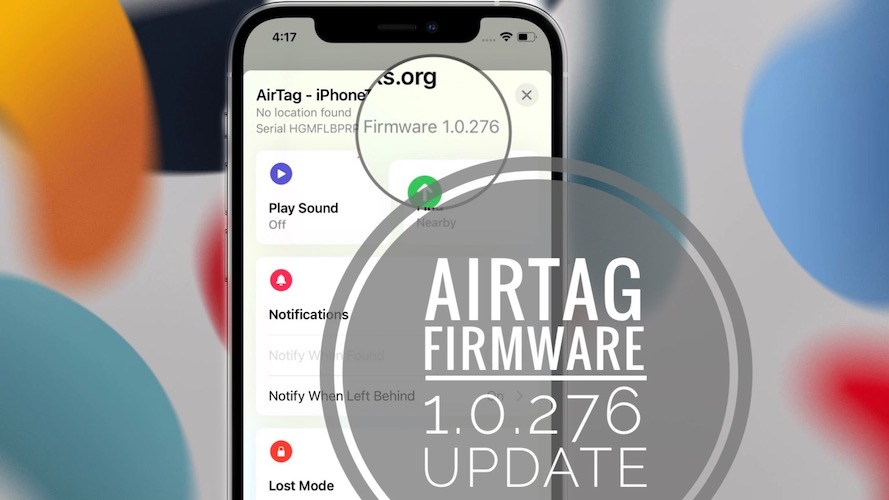 Apple has released a second AirTag firmware update labeled 1.0.276 with build number 1A287b! This is actually a revision of the previous rollout that came with same version id but different build number: 1A276d. Apple’s Bluetooth trackers have been originally shipped with firmware code 1.0.225 .

Apple doesn’t provide an update log for AirTag firmware updates. However, the previous update included security enhancements to discourage stalking and most likely this changes have been refined.

Fact: Users have also reported problems with iPhone battery excessively drained by the Background Activity of the Find My app. This could be caused by abusive pinging between AirTag and iPhone when in close range. Firmware 1.0.276 could also address this issue!

Unfortunately, AirTags can’t be updated manually in Settings. They update automatically when the proper conditions are met. What you can do to force the update is to keep iPhone and AirTag nearby, connect the iOS device to a power source and ‘let them mate’ over night!

How To Check AirTag Firmware Version 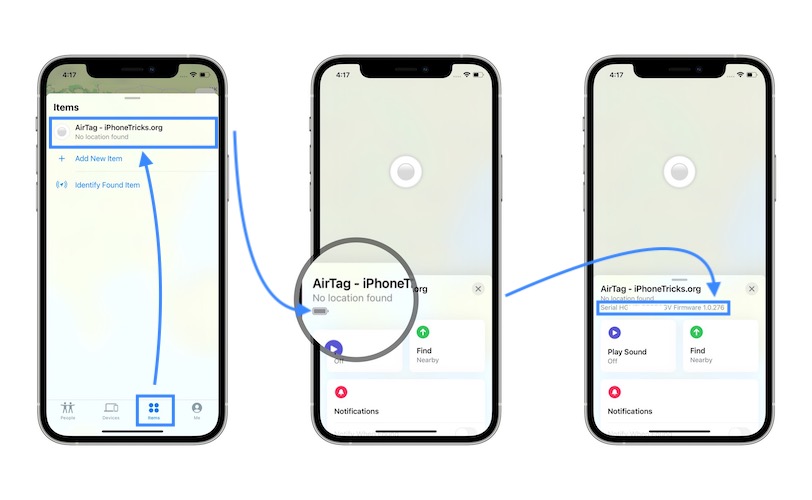 To find out if the AirTag has been updated proceed as follows:

Tip: The Serial Number is also available nearby!

Fact: Because this is a firmware revision, if your AirTag is already running 1.0.276, you can’t tell if it has updated to build number 1A287b, or it’s still running 1A276d.

Can you notice any difference in how the AirTag is performing after it updated to the new firmware? Use the comments section to share your feedback.

Related: Here is how to enable AirTag Lost Mode and locate your tracker with the help of other Bluetooth devices situated in its proximity.