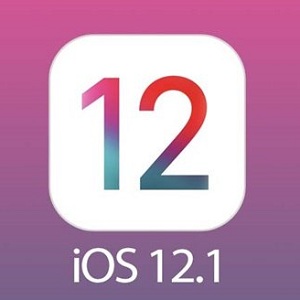 Apple seeded recently the second beta of iOS 12.1 and early adopters have managed to get a glance of the first major iOS 12 software update that will probably released along the iPhone XR. iOS 12.1 enables a series of features that have been already announced for the initial iOS 12 release, but have been delayed for further testing. One of them is the Group FaceTime feature, which was available in this summer’s iOS 12 betas, but was pulled back just before the public release of this fall.

Other features such as the eSIM support are much awaited in order to finally enable the Dual SIM feature of the iPhone XS, iPhone XS Max and iPhone XR. There is also a further enhancement to the Camera app’s spectacular Portrait Mode. iOS 12 has introduced the Depth Control option for those blurred background photos. At first, adjusting the bokeh effect is able only after you take the picture, but starting with iOS 12.1 you will be able to tweak Depth Control in real-time, before you snap the frame!

Last but not least, Apple maintains its habits of introducing new emojis along the way. Around 70 of them will become available in iOS 12.1. They include new smiley faces like: party face, face with hearts, pleading face, cold face and many more. Apple has also announced that you will be able to choose hair color as well as baldness for the upcoming emoticons.

iOS 12.1 New Features
Here is a list of the most important new features coming in iOS 12.1. I will update this list if new options are added along the beta testing program: 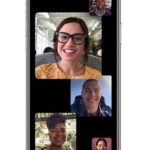 1. iOS 12 Group FaceTime
Starting with iOS 12.1 FaceTime calls are no longer limited for two participants. Up to 32 Apple contacts ca be added to a conversation. A call can be joined not only from and iPhone or an iPad but also from a Mac or an Apple Watch. Of course that the watchOS device is only able to engage audio-wise, because it lacks in camera hardware.
New iOS 12 Camera effects are also available! TrueDepth compatible iPhone owners are also able to video call while using an Animoji or Memoji mask! More details are available here. 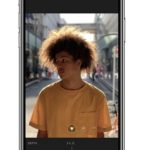 2. Portait Mode Real-Time Depth Control
Only the iPhone XS, XS Max and XR owners are able to benefit from this feature which allows them to adjust the level of blurriness available in the background of Portrait Mode photos, while actually snapping the photo and not just in post-capture mode.
Tap on the “F” icon available at the top of the Camera viewfinder screen while capturing a photo and you are able to use the real-time Depth Control feature. Adjust the intensity of the background blur by swiping left or righ on the Depth Control scrubber. 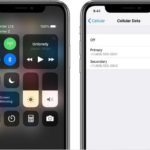 3. eSIM Support
With this feature going live you can add a digital SIM to your iPhone XS, iPhone XS Max and iPhone XR and transform it into a Dual SIM compatible device. This allows you to use two cellular carrier plans on the same device! Of course that this feature has to be also enabled from the carrier end. In the United States AT&T, Verizon, and T-Mobile aim to provide eSIM support. However, other carriers are expected to join the party later on. For all the details about how to configure use the Dual SIM feature on a 2018 iPhone flagship tap here. 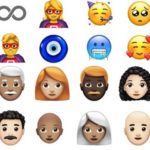 Fact: Most likely Apple will also come up with a fix for the iPhone XS and XS Max charge-gate described here!