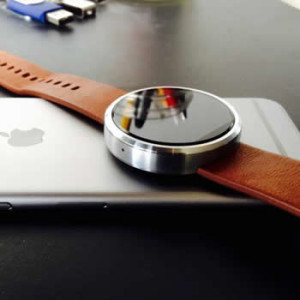 If you’re a half breed technology user, owning an iOS smartphone and an Android Wear based smartwatch, you should be pleased to know that your wrist gadget is now able to pair with an iPhone. The Android Wear app can be downloaded from the App Store. This is the equivalent of the Apple Watch app which allows you to sync your iPhone with its wearable sibling, the watchOS wearable!

No matter what Android Wear smartwatch you own, it’s now able to sync with your iPhone, as long as you update it to the latest operating system release (version 1.3). The list of compatible Apple smartphones is identical with the one containing the iOS devices, being able to pair with the Apple Watch. I’m talking about the iPhone 5, 5C, 5S, 6, or 6 Plus, as well as the upcoming iPhone 6S and 6 Plus!

Android Wear acts similar to watchOS. When the two devices (Watch & Phone) are connected you’re able to receive notifications, receive info at a glance, follow your fitness goals and use many other features. However, you must be aware that the Apple Watch currently comes with a more complex package of functions that aren’t yet matched by any Android Wear watch. No matter if you own the Motorola 360, Peeble, LG Urbane or other non-Apple smartwatches, you can easily pair it with an iPhone.

How To Set Up Android Wear on iPhone 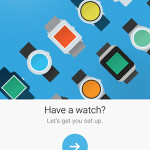 Step 1: Make sure that your smartwatch runs the latest Android Wear release.
Step 2: Download and install Android Wear for iOS on your iPhone!
Step 3: Reset your non-Apple smartwatch (LG Urbane, Moto 360 etc) to its factory settings.
Step 4: Wake your Android Wear device, slide right to begin setup and choose your country.
Step 5: Open the Android Wear app on your iPhone and notice when your watch is detected. Tap on its label and the pairing process begins. 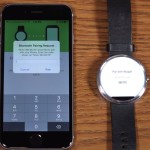 Step 6: A six-digit code is displayed on your smartwatch’s home screen. Enter it in the Bluetooth Pairing Request, that popped up on your iOS device.
Step 7: Next, tap on Pair and wait for a few moments until the two devices finish syncing.

Fact: A short tutorial follows on your iPhone. You’re informed about the main features and asked to allow permissions for certain functions.

Android Wear Tips & Tricks
– Always On Screen is an option that allows the non-Apple wearable to display the screen continuously without needing to raise or flick your wrist for reading the watch face. Obviously, this isn’t battery friendly but sometimes the benefits outweigh the costs.
– Additional Watch Faces can be easily installed by tapping on the “Get more watch faces” button, found at the bottom of the Android Ware settings screen.
– Dismissing Notifications from the Android Wear watch, also clears the alerts away from your iPhone.
– Interactive Watch Faces the equivalent of Apple Watch’s Force Touch is currently not working on Android Wear for iOS, but this flaw could be fixed in upcoming updates.

Fact: Although Android has expanded on the iOS market and offers its smartwatch owners the possibility to pair with an Apple device, there are very slim changes of the Cupertino’s will return the “favor”. The idea of Apple Watch users being able to pair with an Android Wear smartphones is highly unlikely in the near future.