Posted in Errors and Issues by Mike on November 6, 2022

Is App Store Crashing on iPhone in iOS 16.2 Beta? You’re trying to update third-party apps on your device but are unable to because App Store crashes when opening? You’re not alone, this is a common problem reported during the iOS 16.2 beta stages.

This issue has been initially mentioned by Jeff:

and confirmed by Travis:

“I’ve been having the issue for about a week. Crashes all the time. Within a few seconds after opening”

We couldn’t replicate this bug on our own test devices, but have found similar complaints on Reddit.

We’ve reported the App Store crashing problem to Apple and have used this post as documentation. If you’re also experiencing the same issue? Please share it in the comments along with any other useful details.

How To Fix App Store Crashing On iPhone

Unfortunately, there’s not much that you can do at this moment until Apple releases the next beta version and hopefully includes a fix for this issue.

The only thing that you can do is downgrade iOS 16.2 beta to iOS 16.1, the most recent public release! 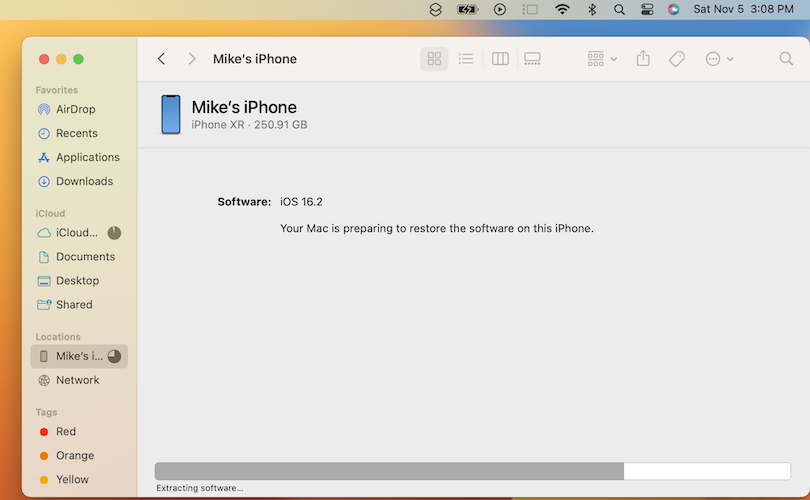 How to: For this you need a computer (Mac or Windows) the Finder or iTunes software and a Lightning to USB (USB-C) cable to connect your devices.

Tip: Make sure that you have an encrypted backup of your iPhone and use the Restore iPhone option. It will erase your device and install the most recent public iOS 16 version. Use the Restore from this backup option to recover your data!

Have you managed to fix App Store crashes in iOS 16? Do you have a better solution or other problems to report? Share your feedback in the comments!