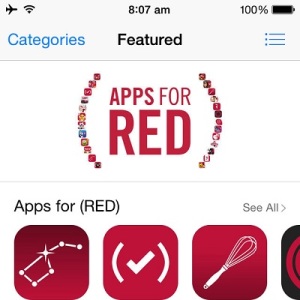 Apple has just launched one of the most impressive AIDS fund raising campaign ever. They’ve partnered with top app manufacturers, for a two-week long collaboration that aims to raise enough funds that will help the Global Fund, the main AIDS fighting organization, to achieve their ultimate goal, an AIDS-free generation!

The Cupertino manufacturer engages fully in this campaign, both in its retail and its online stores. App Store has turned RED for the upcoming 14 days. Apple’s partnership with the most important app developers will raise money from RED app purchases and the already famos in-app purchases between November 24 and December 7.

More, Apple’s CEO has official announced that the company will donate a percentage of all their retail sales, made during December 1st. This should be a substantial chunk as, the first day of the last month of the year, is also known as Cyber Monday in the US. It’s one of the most important shopping days It ware!

How To Help Aids Fund Raising 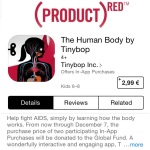 If you wish to aid Tim Cook and his team achieve a record breaking philanthropic success, you can spread the word and purchase apps that qualify for this massive campaign. It’s easy to spot them because the App Store interface has turned RED and white anticipating the upcoming holiday period.
All apps that are taking part in this campaign have now RED colored icons and their descriptions reminds users that, all purchases completed during the fund raising weeks will be donated to the Global Fund. An example is the Heads Up! guessing game provided by Warner Bros. Entertainment. 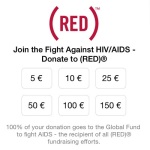 App Store Direct Donations
If you wish to take this one step further, App Store also offers a direct donation page. Select the desired amount and contribute to the RED fund raising campaign.
RED claims that back in 2002 there where 1,500 babies born with the HIV virus. Ongoing efforts have reduced this number to 650 infected births nowadays and the campaign aims to obtain an AIDS-free generation for the first time in 30 years. 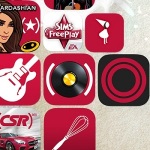 App Store RED Apps
There are currently 24 popular applications that have partnered with Apple for the RED campaign. iPhoneTricks.org joins this fund raising venture and our staff will review during the upcoming days all apps and games that support the fight against AIDS. This way our readers will be more informed and perhaps easier convinced to perform an App Store purchase or an in-app payment for their favorite app and become donors. To start off you might wanna start declutering your life with Clear – Tasks, Reminders & To-Do Lists provided by Realmac Software.