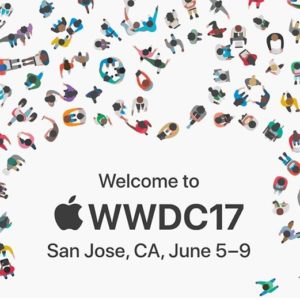 We are less than 1 month away from Apple’s highly expected Worldwide Developer Conference and the Cupertino-located tech giant has re-confirmed that the software festival will take place in San Jose, California between June 5 – 9. Apple has issued today electronic invites to the biggest news and media websites announcing that WWDC 2017 will be hosted by the San Jose Convention Center and will debut at 10:00 am Pacific time.

WWDC marks the introduction of a fresh generation of software for Apple’s gadgets, along with teasers for upcoming hardware. This year’s edition is expected to be one of the most spectacular ones, because it marks the 10th iPhone anniversary. For starters the location has changed. We say goodbye to San Francisco and the Moscone Center and embrace San Jose, California as new gathering grounds. 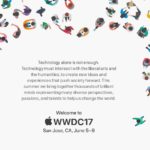 1. iOS 11 is perhaps the most expected announcement of them all. It’s the software that will be publicly released together with the 2017 iPhone, anticipated as iPhone 8, iPhone Edition or iPhone X. The 11th iOS generation should be released for beta testing shortly after its unveiling, first to Apple developers and later for public testers too. iOS 11 is expected to be compatible with all iPhone models from the iPhone 5S onward.

2. macOS 10.13: is anticipated to be he next major operating system that will run on all Mac computers. A preview is due at WWDC17, while the public release should take place this fall. Expectations hint improvements for the features introduced by macOS Sierra like Siri, Apple Pay and many others.

3. tvOS 11 is the operating system that powers the Apple TV digital media player. This gadget has reached the 4th generation. tvOS 10 was seeded alongside iOS 10 and watchOS 3 during Apple’s September 2016 keynote, that had the unveiling of the iPhone 7 as main event. The next iteration is expected to be portrayed at WWDC17!

4. watchOS 4 is expected to bring future enhancements to the Apple Watch. The wrist gadget can be still seen as a new product, as it currently retails only its 2nd generation. This means that the 4th watchOS iteration has plenty of room for spectacular updates and new features. We expect a developer beta test version to become available along iOS 11, early this summer.

Fact: Tickets for for WWDC 2017 costed $1,599 and have been sold using random selection. Free passes for also handed out for scholarship winners. Apple expects an attendance of around 5,000 developers.

Tip: iPhoneTricks.org will provide live blog coverage for the June 5 keynote, followed by a detailed coverage of all the important features unveiled during WWDC17. Use the Share button to add us on your iOS device’s home screen and check back for more info!