Apple Maps Native Ratings: How To Rate And Review Places 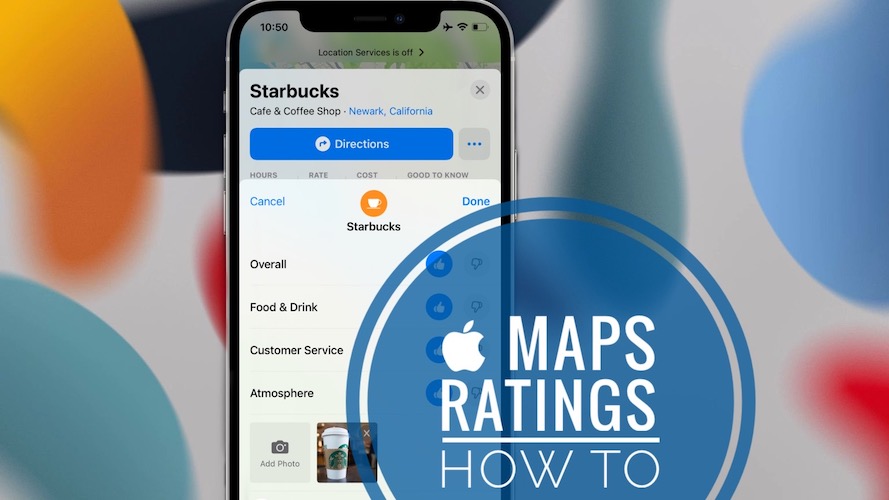 Apple Maps native ratings are now available in the United States and other countries. Easily rate and review various locations like restaurants, hotels, shops and other business. Apple’s new built-in rating system for Maps is independent from third-party integrations like Yelp or TripAdvisor reviews.

How To Rate Places In Apple Maps

Tip: Places that you’ve already reviewed show your overall rating (thumbs-up or thumbs-down) in the location’s Rate section, right between Hours and Cost.

How To Change Apple Maps Rating 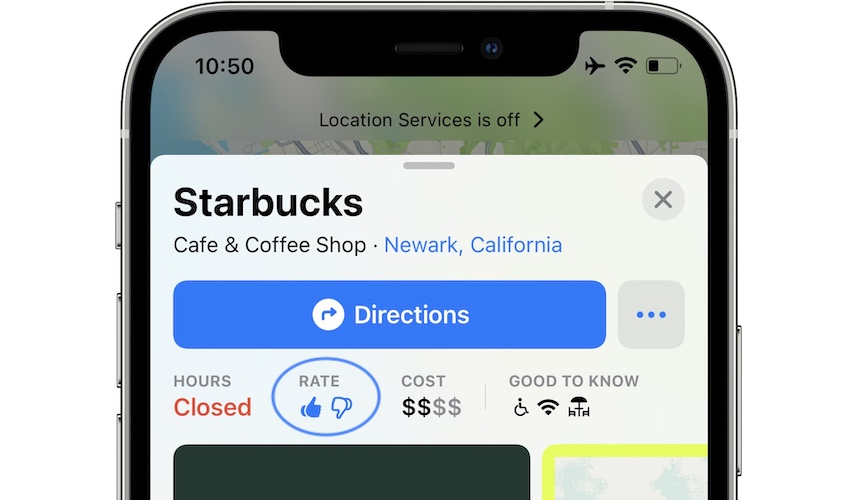 If you visited a place for the second time and the services have been improved or got worse, you can easily update your rating for that business, by following the same steps described above.

Simply, change your rating, by tapping thumbs-up instead of thumbs-down or vice-versa.
You can also remove a photo that you’ve previously add or upload more, to highlight the changes.

Apple’s new native rating system for Maps currently misses written reviews! This is a big downfall, but Apple will most likely upgrade its stock review system in the future.

The new Maps ratings system also doesn’t replace Yelp or TripAdvisor reviews at the moment. These continue to be integrated within Apple Maps, at least until Apple gathers its own fair share of review databases.

Nevertheless, the more users adopt the new Apple Maps ratings the faster it will be scaled up by Apple.

As with many new features, the Apple Maps native ratings are currently available only in the United States and a few other countries and regions that have been used for testing purposes before the U.S. release.

The list includes: the United Kingdom and Australia, but can include other regions too according to Apple’s Ratings and Photos legal terms for Maps.

Fact: Apple Maps native reviews are available for both iOS 14 and iOS 15 users! Apparently, Apple was able to push this feature server-side.

Apple Maps Ratings Bug?
Although the new Rate feature is only available for U.S. places, iPhone owners from outside of the United States are also able to submit ratings for U.S. places!

It’s unclear yet if this is an oversight from Apple, or if the system is configured to not take in account reviews coming from outside of the country or territory in question.

Are you able to natively rate places in Apple Maps? Use the comments section and share your feedback. If this feature is available at your end please mention your country and iOS version!

One Response to Apple Maps Native Ratings: How To Rate And Review Places