Posted in Errors and Issues by Patricia on December 3, 2022 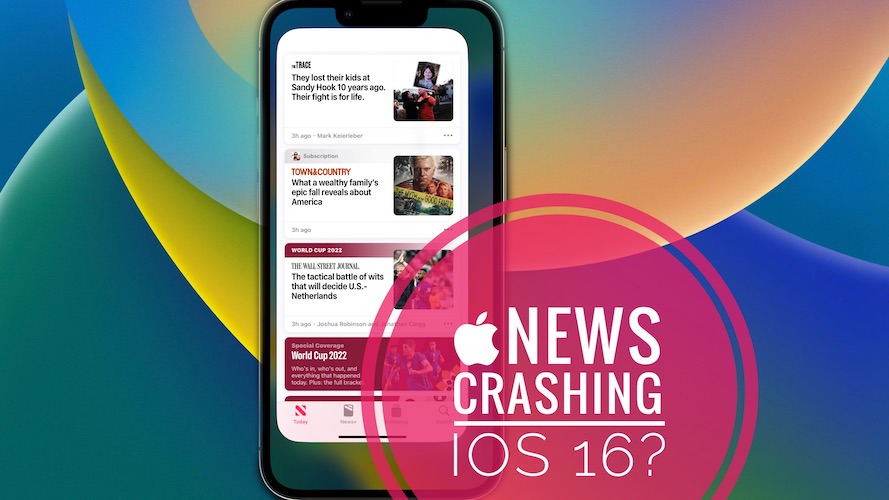 Apple News crashing on iPhone after iOS 16 update? App keeps closing down unexpectedly after a couple minutes of usage? News crashes randomly when scrolling through a list of articles? This happens on iPad running iPadOS 16 too?

This issue has been reported by Peter:

“Apple News app crashes every 3 minutes. Did not do this until I went to iOS 16.1.1. Tried rebooting, uninstalled app, reinstalled app still the same.”

We couldn’t replicate but have found similar complaints on Apple’s Discussion forums:

“I have always had problems with Apple News App randomly crashing. Since the last update to iOS 16.1 the crashes have become more frequent and annoying especially when scrolling through a list of articles.”

“Subscriber of News+. Apple news app crash CONSTANTLY while in use! I use my iPad for news and it crashes at least once or twice a night. Also, leaving the app, sending an iMessage, and returning causes a refresh, and me losing my spot in the news app.”

This doesn’t seem to be a wide spread problem, but please prove us wrong by reporting in the comments if you’re also facing Apple News issues in iOS 16. Any details that could help us determine a trigger and report it to Apple are appreciated.

Paul has informed us that he found a temporary fix 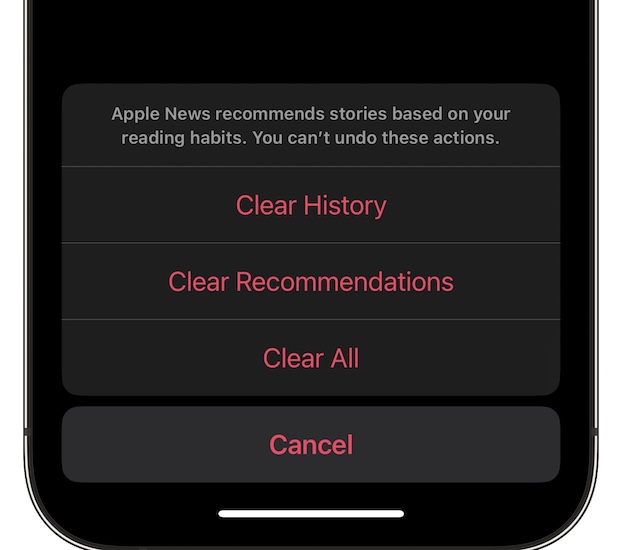 There’s not much that you can do to fix this issue, at the time of writing.

You can try to reboot device, delete Apple News and reinstall but these troubleshooting options have proved themselves inefficient for other users.

What we can recommend you is to update to iOS 16.1.2, if you have’t done it by now. It’s the most recent software version available. Apple has released it with bug fixes and performance improvements. It might benefit Apple News too.

You can also try to reinstall the most recent iOS 16 version using a computer and a Lightning to USB (USB-C) cable. A wired installation could flush glitches that might have been carried on by over-the-air updates.

How to: A step-by-step guide is available here.

Have you managed to fix Apple News keeps crashing on iPhone or iPad in iOS 16? Do you have a better solution or other bugs to report? Share your feedback in the comments.