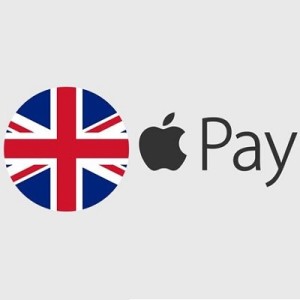 Great news for all Apple users from the United Kingdom! Apple Pay is now available in Great Britain and Northern Ireland, making UK the second country to support Apple’s revolutionary wireless payment system! Paying bills with an iPhone, Apple Watch, iPad Air 2 and iPad mini 3 has proved to be a real success in the United States, so the Cupertino-based company has decided to go on with its expansion plans.

Although many of us thought that Canada will be the next country to implement Apple Pay, it seems that the American technology giant has decided to conquer the European market, while its northern neighbor might have to wait until this fall. We have numerous readers from the UK mailing us and confirming their successful transactions via their gadget’s NFC chips.

How To Use Apple Pay in the UK
Paying with your iOS or watchOS gadget in Britain is identical to the procedure used in the United States. Here is how to set up and pay contactless using your smartphone or smartwatch:
Step 1: First of all you need to own an Apple device equipped with NFC technology. Only the iPhone 6 and 6 Plus currently support wireless payments, however you can pay contactless with an iPhone 5, 5C or 5S if its paired to an Apple Watch. I should not forget to remind that the latest tablets also board NFC chips. I’m talking about the iPad Air 2 and the iPad mini 3.
Step 2: The other half of the system has to be ensured by your financial system. You need to own a contactless credit or debit card. For the UK, at the moment, it has to be a Visa card issued by MBNA, Nationwide, NatWest, RBS, Santander or Ulster Bank. Apple informs that soon Master Card and American Express cards will also be supported in the UK. A series of other banks will be added soon. A few names to mention are: Bank of Scotland, First Direct, Halifax, HSBC, Lloyds Bank, M&S Bank and TSB.
Step 3: Add one of the above supported cards to your device’s Passbook / Wallet (starting with iOS 9) app
Step 4: Double tap the iPhone’s home button or Apple Watch’s side button to initiate Apple Pay and select your card (in case you have more than one added).
Step 5: Bring your Apple device in close proximity of the contactless POS reader and the transaction will be initiated. The procedure is similar to the one used when paying with your contactless credit card. The difference is that instead of the plastic, you use your Apple gadget!

Fact: You can successfully use Apple Pay in the US and UK on any terminal that accepts contactless payment. Because the system is still new, you might find that not every NFC reader will display the Apple Pay logo. This doesn’t mean that the service isn’t available, it’s just not properly advertised yet! There are currently 410,000 contactless readers in the UK in 250,000 locations that accept Apple Pay!

Tip: Apple gadget users from the United Kingdom can pay in shops, restaurants, vending machines, tube pay gates or any other NFC terminals for bills up to 20 GBP. If the amount is greater, providing your card’s PIN code is still necessary. However, it’s expected that until the end of the year, more than 80% of contactless readers will accepted unlimited value payments via Apple Pay!