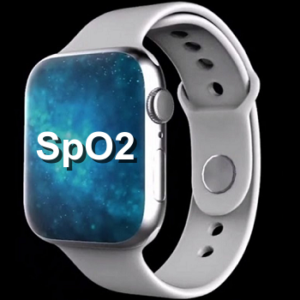 The upcoming Apple Watch Series 6 will pack a new sensor that’s able to monitor the Blood Oxygen Levels (saturation) of an user. This huge claim has been made by DigiTimes.
The Taiwanese tech website reports that the local ASE Technology company that will allegedly provide the sensors has received an impressive order from Apple.

If this get’s confirmed the news is huge and the Apple Watch 6 will surly be a hot selling product! The sales won’t only be driven by the time, communication and fitness tracking features that the watchOS device is widely popular for.
A huge selling point will be fact that the smartwatch will be able to detect COVID-19 lung complications in its early stages and thus alert the owner to get immediate medical assistance!

In the context of the COVID-19 pandemic blood oxygen level readers have got a sudden spike in popularity. That’s because one of the main health problems caused by the novel Coronavirus targets the lungs and their capacity to supply the human body with oxygen.
Even asymptomatic COVID-19 patients can develop lung complications in time, without noticing, unless they frequently test the oxygen levels from their blood!
Imagine how handy it will be to just flick your wrist and get your blood oxygen reading. More, Apple could implement alerts similar to those issued by the ECG app when it detects Atrial Fibrillation and notify an user know when the oxygen in his blood drops below the health 95% saturation level!

Why Will The Blood Oxygen Saturation Feature Be AW 6 Exclusive?

The drawback of this news is that the upcoming Blood Oxygen Level feature will be exclusive to the new Apple Watch models. Reports have shown that Apple planned to include the feature all the way back in 2015, with the original Apple Watch, using the heart rate sensor but the test results haven’t been satisfactory.
The fact of requiring new hardware for it to work it’s a clear sign that only the Apple Watch 6 and later will be able to support this feature.

SpO2 (Oxygen saturation) measurements need a red & infrared LED hardware array. The current Apple Watch models pack a green & infrared combo. Green LEDs are very good at detecting the pulsations when it comes to a red substance, this is why the they are used for the Apple Watch heart rate feature.
A pulse oximeter uses red & infrared LEDs because it can better distinguish between oxygenated hemoglobin & deoxygenated hemoglobin.
Fact: The upcoming Blood Oxygen saturation feature could only work with existing Apple Watch models only in the highly unlikely case that they already pack an inactive red LED that hasn’t been used before.

The AW 6 is expected to be released alongside the iPhone 12 lineup. The traditional September keynote will most likely be pushed back to October because of the production delays caused by the COVID-19 pandemic!
The Apple Watch Series 6 should follow the trend of its predecessor and pack improved hardware that will allow faster performance as well as enhanced wireless connectivity. Leaks and rumors don’t hint to any interesting design chances, but a potential Blood Oxygen Monitor Sensor will be a highly appreciated add-on.

Some Fitbit activity trackers already including the blood oxygen monitoring function. Apple has to play catch-up with Google this time around.
Do you think that Blood Oxygen Sensor will be a big deal for the Apple Watch Series 6? Let us know using the comments section available below.

Related: Do you have the Fall Detection feature enabled on your Apple Watch? It’s a potential life saver!