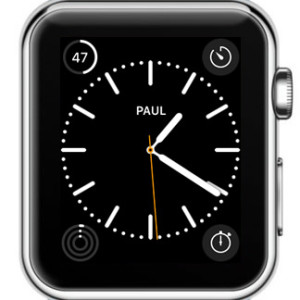 The Color Apple Watch Face supports a stock Monogram complication, which can be displayed in the center of the analogue clock. This Monogram is customizable and represents an additional personalization layer of your watchOS device. The initial OS version allows users to display their initials only on the above mentioned background, however it’s realistic to expect that upcoming Watch Faces and complication upgrades, will let owners display their Monogram within other backgrounds too.

The default selection for this special identification feature are the users initials. The Apple Watch interrogates its paired iPhone for the owners contact listing and extracts the first letters from the users First and Last Name. A great tip that I have for you, is that the Monogram can be also manually tweaked. More, you can also use letters and unicode symbols to give your wrist-worn device an unique touch.

How To Display Monogram on Apple Watch 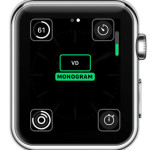 First of all let’s see how to enable the display of your initials on the wearable’s screen:
Step 1: Flick your wrist and activate the Watch’s display. Press firmly on the screen. Force Touch brings up the Watch Face selector.
Step 2: Swipe left or right until you reach the Color background.
Step 3: Tap on Customize and swipe left until you reach the complications settings.
Step 4: Tap the center module of the screen and turn the Digital Crown until the Monogram info module is selected.
Step 5: Press the Digital Crown to save your changes and return to the Watch Face view.

How To Customize Your Monogram 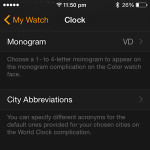 After you complete the above process, the Watch displays your initials. If you wish to manually customize the info displayed within the Monogram complication, you have to grab your iPhone and open the Apple Watch app. Go to the My Watch panel and scroll for the native Clock app. Open it and browse for the Monogram setting. Hit it and you can now tweak its content. Although the information screen writes that you can “choose between a 1- to 4-letter monogram”, you should know that the complication can accomodate numbers and all other characters available on your iOS keyboard. Up to 4 characters can be squeezed in. Yes, it’s true Emoji emoticons aren’t supported yet! 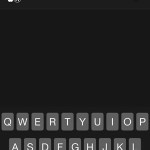 However, we’ve discovered a neat little trick that allows you to display different shapes and signs in the Monogram complication. The info module supports unicode symbols, which means that you can copy the following codes and paste them in the Monogram editing field. Check the nearby image and see how the Apple logo is displayed on the Color Watch Face.
To add unicode glyphs as Monogram characters on your wrist-worn gadget proceed as follows:
Step 1: Tap on of the following Unicode Symbol source and decide which symbol you wish to grab. Select it with your finger and tap on “Copy“. 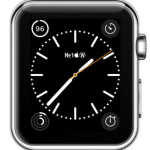 Step 2: Next, open the Apple Watch app on your iPHone and browse to the Monogram tweaking menu, described above. In the character input field tap & hold until the additional commands pop up.
Step 3: Select “Paste” and the symbol will be added to the string. Tap on Clock, in the top-left corner, to save your edits. Check your Apple Watch and review the new Monogram!

Fact: You can combine letters, numbers and unicode symbols as long as you don’t surpass the 4-character limit!

Tip: You can grab unicode symbols from Safari, Twitter, Facebook or other apps that display them, using the same Copy/Paste technique described in this article. For easier usage, if you want to include them in messages, you can also save them as iOS keyboard shortcuts.