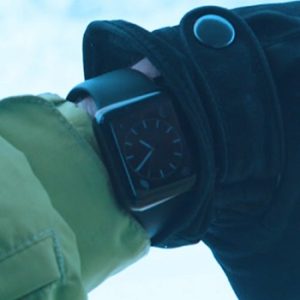 The already famous HomePod firmware that has provided hints about the upcoming iPhone 8 design as well as special features like Face ID and digital Home button, also contains interesting code about a new workout type that might become available to the Apple Watch. Skiing is expected to be included in watchOS 4, to maintain the trend that introduced Swimming tracking to the wrist-worn gadget in watchOS 3. It’s true that water sports workout are available only to Apple Watch 2 models, because these smartwatch types are water resistant. They even include an Eject Water from speaker shortcut in the Control Center.

It’s unclear yet if Apple will unveil the Apple Watch 3 along with the iPhone 8 and iOS 11 this fall, or if the Skiing workout will be limited to certain smartwatch version. We’ll have to wait and see. In the meantime, we can inform you that the new watchOS 4 High Intensity Interval Training workout option has already been tested! Make sure that you follow our beta testing of the 4th Apple Watch OS generation and know what new features to expect from your wrist gadget. We’ve already published materials about the upcoming Flashlight app, the new Watch Faces (Toy Story, Siri and Kaleidoscope). 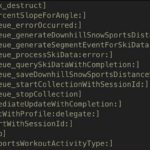 The smartwatch is extremely useful while gliding down the slopes. Knowing that iPhones don’t perform at normal capacity in extreme cold, it’s a good idea to try not to expose them to it. Using the Apple Watch while skiing is very handy because it allows you to maintain your Apple smartphone deep in your pockets. The smartwatch, on the other hand, has permanent contact with your skin and that’s at least one source of heatt around it. The ski jacket also helps to protect it from exposure to low temperatures!

Fact: Until now skiers were using various third party apps like Ski Tracks, Slopes or Trace-Snow, for tracking their runs down the hill. The upcoming Skiing workout will allow users to track your runs directly from the wrist, a more convenient and reliable way to do it! Stay tuned for more updates on this subject as soon as new info is available!