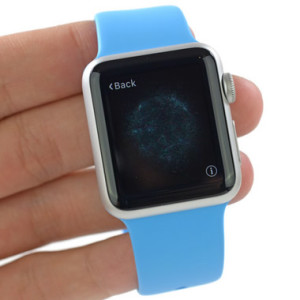 Wrist Detection is a very important piece of the Apple Watch security puzzle. It can be compared to the Touch ID fingerprint system, found on the iPhone. As the name says, this feature helps your watchOS device determine when it’s worn on your wrist and when not. This triggers the locking mechanism of your Watch, to protect your data from third party users. That’s why if the Passcode setting is enabled on your Watch, you’re asked to enter it whenever you want to use the wearable and it’s not on your hand. If the the display goes off and the gadget is still not wrapped around your hand, Passcode input is required every time you light up the screen.

It’s impossible to use a Watch Passcode without enabling Wrist Detection. If your wrist gadget doesn’t know when it’s worn on your wrist, other data becomes also inaccurate. For example, the Watch won’t know whether to attempt to measure your heart rate or not. Without listening to your heartbeats, calorie burning estimation loses precision too and the faulty chain spreads to the Activity rings.

How Does Wrist Detection Work 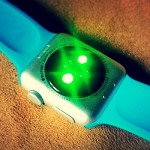 Apple Watch uses photoplethysmography technology to determine if it’s wrapped around your wrist or not. It’s a similar process to the one used when measuring heart rate. The back sensors of your wrist gadget emit light towards your skin and measure the amount of it, that reflects back. If no reflection occurs it means that the Watch is no longer on your wrist and Passcode protection is automatically triggered.
Because of this constant checking, Wrist Detection is an important power drainer, but disabling it, is a battery saving trick that we don’t recommend!
Fact: You can deactivate Passcode on your Apple Watch and maintain Wrist Detection enabled for all its other functions. However, the other way around doesn’t work. Meaning that you can’t use Passcode without Wrist Detection. 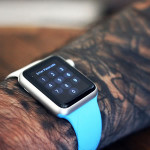 Right after the launch of the Watch, reports where issued, on various discussion forums and social media websites, of users that have wrist tattoos and experience faulty wrist detection readings. Apple have confirmed that inked discoloration of your skin can hamper your wearable’s photoplethysmography abilities. It seems that especially dark colored tattoos are a problem, because black and other dark colors attract light and the low reflection figures, trigger Apple Watch Passcode activation even if the device is on the user’s wrist. 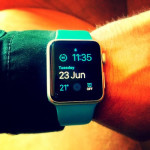 – Make sure that you wear your Apple Watch correctly. The wristband fit has to be snug. Not too tight but not too lose either. If the Watch is too lose on your wrist, and the case doesn’t touch the skin permanently, erroneous Wrist Detection readings might occur. If you move your hand with a loose fit, the Watch can stand more than one second away from your skin, which is enough to trigger Passcode locking.
– Long sleeve clothing can also accidentally trigger Passcode requests. If the fabric lands in-between the back of your Watch and your skin, light probing won’t work properly and the wearable will consider that it’s not on your wrist anymore. This problem is also caused by a too lose band fit. If you wear a jacket you can tighten up a notch.
– Wrist Detection can be tricked if you place your fingers on the Apple Watch sensors, situate sat the back of the case, as soon as you lift the device from your wrist. However, as soon as you remove the fingers the Watch will immediately notice that it has left your hand. Be careful this opening get be used by thieves. But you must really lower your guard considerably for this to happen. The scenario is kinda unlikely.

How To Disable Wrist Detection 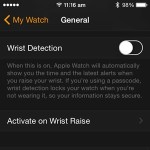 Although we strongly don’t recommend it, you can turn this feature off from the paired iPhone. Open the Apple Watch app and browse to My Watch -> General -> Wrist Detection.
Do mind that Wrist Detection also works hand in hand with the Activate on Wrist Raise feature. This means that you won’t be prompted any longer with the Watch Face and the latest alerts when you raise your wrist.
If you continue and toggle the knob towards the Off position, you’re prompted to confirm your selection by tapping Turn Off. You’re again prompted with a prompt that informs you that some activity measurements will become unavailable.