Are iPhones Really More Secure Than Android and Windows Smartphones? 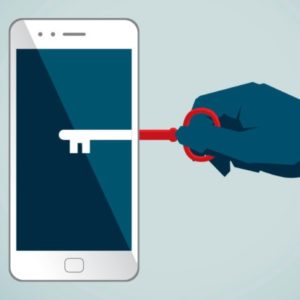 In a recent report on the number of smartphones users around the globe, industry analysis firm Statista revealed that, as of 2018, there will be 2.53 billion smartphones owners on the planet. This figure will rise further to an estimated 2.71 billion in 2019, with an increase again in 2020 to 2.87 billion smartphone users.

While smartphones represent convenience through technology and many of us use them in our day to day lives, hackers and those with malicious intent also recognize them as (potentially) lucrative attack vectors. Our phones hold huge swathes of information about our lives and, in the wrong hands, this could be ruinous.

Why iPhones Are Considered More Secure Than Android And Windows Phones

There are several reasons why iPhones are seen as being more secure than Android handsets, with one of these being the fact that Apple operates a “walled garden” for its operating system. Users on iOS are only able to install apps through the App Store, which allows Apple to closely vet any applicants. Android, on the other hand, allows users to install apps via APK files, which can be downloaded from anywhere, haven’t necessarily been vetted and, therefore, may include malware. Moreover, Android is a hotter target for hackers because it has a greater market share than iOS (80% to 20%, respectively), making it worth a hacker’s time to target the Google-owned platform. Additionally, features like USB restriction mode (detailed in the video above) highlight just how seriously Apple takes security.

Windows Phones, on the other hand, aren’t known for being massive malware targets because the Windows mobile operating system has a minuscule market share. It’s for this reason that Microsoft actually ended support for its Windows phones back in July 2017. However, this also means that Windows phones won’t receive important security updates, leaving users potentially vulnerable.

What Mobile Users Could Learn from Computer Security Experts

As of 2016, more people are browsing the web using their smartphones than their computers, with desktop’s share of the market having shrunk to just 48.7%. But, although smartphones are now the biggest kids on the block, the mobile industry could learn a lot from the world of computer security, where malware has been prevalent for years.

Those using computers have long faced the threat of malware as the ease of downloading (potentially malicious) files from all over the web, coupled with the lack of proper knowledge, increase the threat level. Cloud providers, such as app hosters, have been encouraged to follow data security best practices and advice including not connecting your computer to public or shared networks and to not access sensitive information using these open networks, either. Masking sensitive data in non-production environments is also used to reduce the risk of data breaches and the ramifications (i.e. damaging market share and destroying customers’ trust) that come because of it.

It’s true that mobile devices are a slightly safer environment, due to lack of support for certain file types and because of app marketplaces, for instance, but these pieces of advice for those worried about computer malware are also applicable for mobile users.

So, while picking the most secure mobile operating system is important, it means very little if you don’t take data security seriously in other ways. Take the right steps to protect your data before it’s too late.