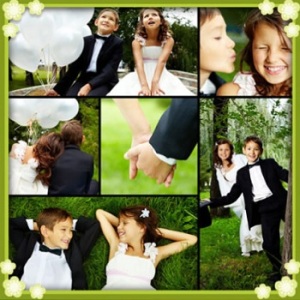 It’s enough to scroll your Facebook News Feed a few times, to notice how popular photo collages are on social media websites. They’re frequently used because it’s easier to express your feelings or show the highlights of an event by publishing a photomontage. Sometimes a picture can be ‘boring’ if uploaded single, but becomes more attractive when it;s merged in a single shot with other images.

Photo collages are also handy because they save your Friends’ time. It’s easier to view four or more frames in a single image, than browse the standalone pictures. More, compilations are likely to become viral because they contain more info and thus are prone to receiving a higher number of shares and likes. 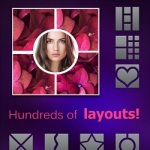 How To Create A Collage
The built-in iOS Photos app doesn’t currently come with a photo collage feature and that’s why you have to download a third party application from the App Store.
The one we recommend is Photo Collage Maker, developed by Kai Xia.
It’s free of charge, but you’ll have to live with a few ad pop ups, to compensate.

How To Use Photo Collage Maker 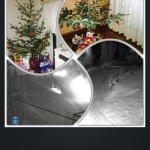 This image editor as most iOS apps is very user-friendly. When you open it, you’re prompted to pick a Layout for your collage. There are hundreds of models to choose from. If you don’t feel to inspired you can tap the Random button available at the top of your screen.
After you select your grid, it’s time to tweak the Style: you can grow lines thicker or smoothen them out, edit the border transparency level and even the size of the collage by adjusting shape; modify background color; tweak frame and ratio. 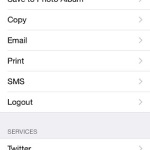 Third up is Text: add a caption, select its font, color and background. Last but not least you can also insert various Stickers. When you’re satisfied with your collage save it by tapping the top right corner Export icon.
You’ll be asked to select the desired quality. Next, image will be processed and you can opt to Save To Photo Album, distribute the compilation via Email, SMS, share on social media and even print the image if you’re connected to a WiFi printer. Have fun!