Did You Know That You Can Prioritize Your iPhone App Downloads? 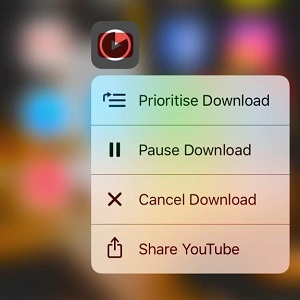 An average iPhone owner can easily store over 100 apps on its iOS device. Because software is always progressing, owning a large number of applications, brings a bunch of daily available updates. Depending on the Apple smartphone model that you own, it can simultaneously download one, two or a maximum of three apps (iPhone 7) in the same time. So, whenever you have multiple applications waiting to be downloaded, a queue will be automatically formed and iOS will update the applications in stages. It downloads the first wave, installs the apps and then it moves to the next software in line.

There are certain situations though, when a huge number of apps have to be downloaded in the same time. For example, when you restore an iPhone, all apps that were on your terminal before the restore, have to be downloaded from scratch. Imagine that you have over 100 applications queuing and a must-have app is placed towards the end of the list. Depending on your Internet speed and iPhone model, it can last for several minutes until the queue is completed. The good news is that starting with iOS 10, iPhone and iPad users can choose to prioritize an app download! 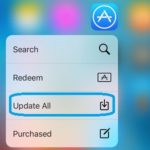 How iOS App Downloads Work
To be clear, iPhone applications are downloaded when you tap the GET, the Price Tag or the Update button. If you opt to grab one or more apps while the first one is still downloading, depending on your Internet speed and iPhone processing powers, a simultaneous download will begin that shares the bandwidth between all downloads. When Wi-Fi or Mobile Data bandwidth can be spread out anymore or the iPhone reaches its downloading limits, further app downloads are queued and begin to download when a slot frees up. 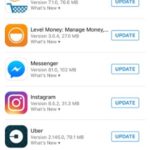 iOS 10 Prioritize Downloads Feature
At the moment only those iPhone owners that have terminals with 3D Touch hardware support can use a hidden shortcut that offers them the chance to prioritize downloads of important apps.
1. Whenever your iPhone is required to download a bunch of apps, their icons are greyed out on the Home Screen, meaning that apps are currently unavailable until the install process is completed.
2. Press firmly on the app that you want to install first.
3. A 3D Touch menu opens up with the Prioritize Download option at the top of the list. Tap it and iOS will focus on installing the app in question. 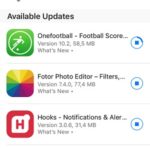 Prioritize Downloads For iPhone 6 and Older Terminals
If you haven’t updated to a newer iPhone version there is no need to worry too much. You can still prioritize downloads but the feature isn’t that reliable. When you get numerous pending install icons on your Home Screen you can tap the one that you want to grab quicker and iOS should start the download.
However, this workaround comes with a delay. Be aware of this and remain patient or else you’ll end up taping twice and manage to start & pause the download without noticing any progress.

Tip: If you’re looking for more 3D Touch tips and tricks you can check the Low Power Mode shortcut or the hidden Flashlight intensity setting.