Did You Know That You Can Use Emojis To Name iOS Folders? 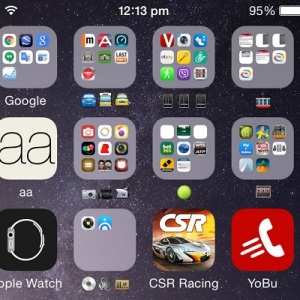 This is an ineresting iOS feature that might have slipped unnoticed even to those of you that are experienced iPhone users. Did you know that you can use those suggestive smiley faces and icons to name the folders created on your iOS device’s home screen?

This morning I was creating a new folder on my iPhone for my music apps, when I accidentally opened the Emoji keyboard and noticed that I can use the friendly icons too when naming the folder.

So, now you know that you can also assign symbols to your iOS folders and not only words using characters. However, is it more convenient to see a bunch of icons on your iPhone’s home screen, or it’s better to stick with the conventional name labeling?

How To Edit iOS Folder Name 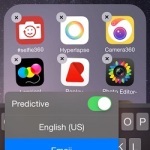 Try Emoji labeling and convince yourself if this is a good alternative. This is done by editing the name of a current folder or by creating a new one and naming it using the symbols.
To change the label of an already existing home screen folder, open it and perform a tap&hold gesture on its name, available at the top of the screen.
When you release, the keyboard pops up and you can start editing the name.

Using Emojis Instead of Letters 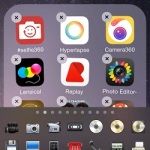 Use the backspace to delete the current name, if you edit and older iOS folder. Next, tap the globe icon available in the bottom left corner of your iPhone’s screen to switch for the Emoji keyboard. Select the most suggestive symbol for your folder and press the Home button to save your selection.
In the example available in this article, I changed the name of the “Photography” folder with Emoji icons of cameras.
Yes, you can use more than one symbol to name a folder and the Emojis can repeat themselves if you wish to obtain a better visibility.

Your iOS Emoji keyboard comes with over 850 symbols that cover a large variety of symbols, expressions, actions, objects and situations. However, you might still end up without finding a proper icon for a folder named Google for example, which contains all apps provided by the company. Check the print-screen of my iPhone screen after toying with folder names and decide whether the idea is cool enough for you or not. You should know one more thing though: according to a survey published recently, by the Time magazine, people who use Emojis tend to have more sex! B-)

Update: over 300 new Emojis are now available, along with a new keyboard layout, starting with iOS 8.3!

One Response to Did You Know That You Can Use Emojis To Name iOS Folders?