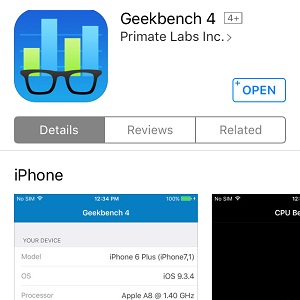 If you want to check the specs of your iPhone and find out its processing strength when compared to other mobile devices and even desktop computers, you can find it out by running benchmark tests on your iOS device. The most popular app that provides these type of services is Geekbench, developed by Primate Labs. The software has reached its 4th generation and comes now with cross-platform availability, meaning that you can compare iOS with Android devices and even Windows computers.

To celebrate this and the introduction of a new GPU benchmark, called the Compute test, along with version 4.1, Primate Labs are running a promo and offer the app free of charge! Geekbench 4 is usually available for $1, in the App Store, but if you hurry up, you can get it free. This App Store Deal runs until April 10, so make sure that you share this article with all your friends and help us spread out the word. 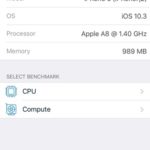 How To Use Geekbench 4
After you tap on GET and download the app, wait a few seconds until it self installs on your iPhone. Next, tap Open and the app’s home screen will be displayed. You’re prompted with the main specs of your iOS device. In the bottom part of the screen you can find the available benchmarks. CPU and Compute are the ones currently available. Select the desired strength test and tap on Run Benchmark. Depending on your iPhone model and the benchmark type, you’ll have to wait between 2 and 20 minutes until a test is completed. Check out the results and see how your phone performs when compared to other smartphones. 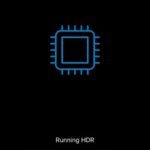 CPU Benchmark
Has the role to test your device’s CPU (Central Processing Unit) performance when performing common tasks. Patterns that simulate real-world applications are applied and your iPhone receives a score based on its ability to process them in a timely manner. Results are displayed for both Single Core and Multi-Core tests.
They include extended System Information, along with numerous other ratings like: Crypto Score, Integer Score, Floating Point Score, Memory Score. 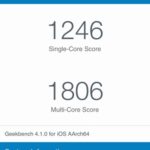 After checking your device’s Geekbench Score you can compare the results with other iPhone models by taping the Single-Core or Multi-Core tabs available at the top. You can notice that the iPhone 7 Plus has currently the highest score “3306” when comes to Single-Core performance, followed closely by its smaller sibling, the iPhone 7. Situation looks the same when comparing the Multi-Core benchmark results.
Fact: Results are influenced by both hardware and software specs. This means that a fresh iOS update, will have a direct impact on the Geekbench score. 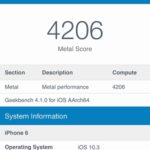 Compute Benchmark
This new test has the role to check your iPhone’s graphics performances. It measures the GPU (Graphics Processing Unit) performance when asked to complete common tasks such as image processing. The result is known as the Metal Score and represents and overall assessment of the iPhone’s graphics performance. The tests applied during the Compute tests are: Sobel, Histogram Equalization, SFFT, Gaussian Blur, Face Detection, RAW, Depth of Field and Particle Physics.
The Compute tab available at the top of the results page provides a comparison of your device with the rest of the iPhone and iPad models. 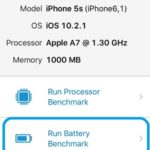 Battery Benchmark
If you used Geekbench in the past, you probably know that the previous versions have also included a Battery test, that provided a strength score for your iPhone’s power source. For, the moment, this benchmark isn’t available in the 4th generation of the app. However, the developers have confirmed that the Battery test is on its way and will return in future updates.
Fact: If you have Geekbench 3 installed on your iOS device keep it, because it’s currently the last generation that comes with the Battery benchmark!