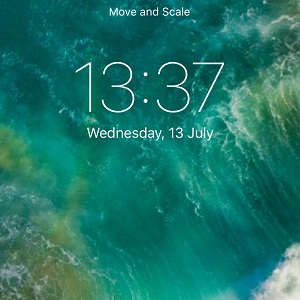 A new stock wallpaper is released by Apple with every new iteration of iOS and the 10th version won’t make any exception. iOS 10 is already available for testing since June and there are already a lot of fans switching for this new background. If you jumped the bandwagon and installed iOS 10 Beta on your iPhone you must have have noticed and tested the new green wave wallpaper.

However, the majority of iPhone users will update to iOS 10 only in September, when it will be officially released by Apple. It’s the logical thing to do, if you don’t want to go through the hassle of running a beta, with all its glitches and power drains, on your device. Those of you that decide to stick with your current firmware version, can download the iOS 10 default wallpaper from the pictures available below! It’s the same procedure with the one described last year, when we shared with you the iOS 9 colored wave backgrounds.

How To Download iOS 10 Wallpapers
Identify the image, available nearby, with the device that you want to install it on. Tap & hold the selected image. After you release the Save Image option will appear. Tap it an the picture will be saved on your iPhone or iPad and become available from within the Photos app. 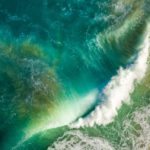 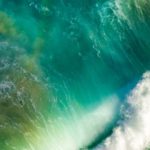 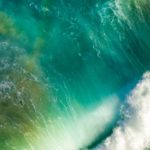 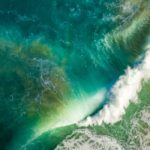 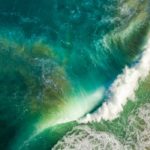 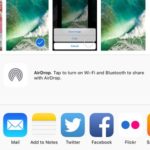 After you grab the matching image, open Photos and browse to the fresh downloaded iOS 10 wallpaper picture. Tap the Share Sheet icon and select the Use as Wallpaper feature. Do mind, that you might have to swipe for it, among an array of other options that include Copy, Duplicate, Slideshow, Hide, Assign to Contact and so on.
Next, you get a preview of the background. Move and Scale the image until it suits your needs and tap on Set. You can choose to have the same wallpaper for both Home and Lock Screen. Tap on your selection and you’re ready!