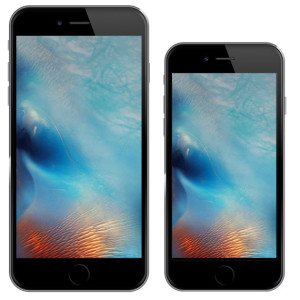 iOS 9.1 has been rolled out to the general public last week! As already featured it comes with the traditional bug fixes, stability improvements, tune ups, as wells as a few notable additions, like new emojis and wallpapers. Many readers mailed us, these days, for a download source of the iOS 9.1 default background.

This wallpaper was already presented on our website this summer, because it was included in the 3rd iOS 9 Public Beta version. However, the colored wave has won the title of stock iOS 9 background. Nevertheless, Apple’s programmers have selected it as stock background for the first important update of the 9th iPhone OS generation. Read on to grab the image on your gadget. 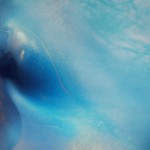 Simply tap on the nearby image to browse it in full-screen mode. Next, tap & hold the screen until you enable the Save Image command. Use it and the background will be saved and available from the Photos app. Open it and use the Share Sheet icon to unveil the Use as Wallpaper feature. The new background is previewed on your gadget’s screen. Drag your finger on the display and adjust the image as you please. You can opt to set it as Lock screen and / or Home screen image. That’s it!