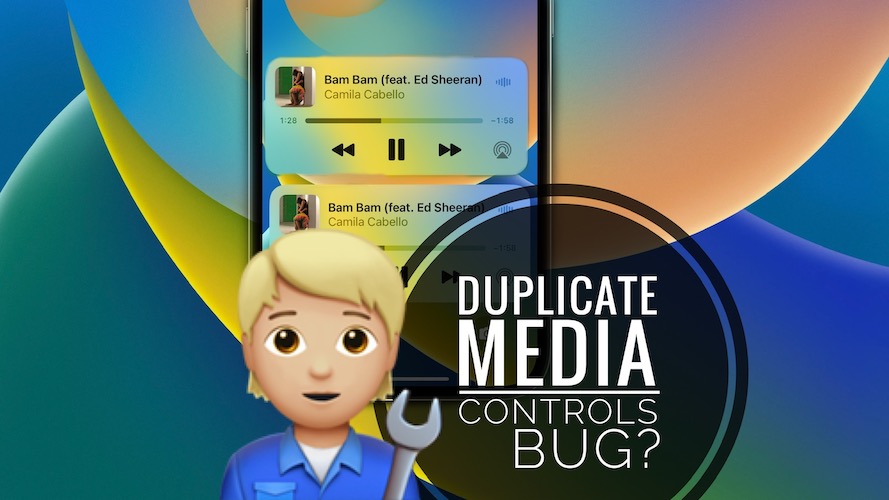 Is your iPhone displaying duplicate Media Controls on Lock Screen in iOS 16? Both music player widgets are responsive? Adjusting the volume in one box will automatically modify it in the duplicate too? It’s a common bug encountered during the beta testing stages.

The issue has been reported to us by Jens on our iOS 16 Public Beta 3 review page:

“I see media controls duplicated on lock screen! How to fix this?”

Although we couldn’t replicate the problem, it seems to be quite common. I found a similar complaint on Reddit, published for Developer Beta 4.

However, in the comments an user is mentioning that he first saw the duplicate music player bug as early as the first Dev Beta.

How To Fix Duplicate Media Controls On iPhone

At the time, of writing there doesn’t seem any permanent fix for it.

You can temporary remove duplicate media controls by rebooting iPhone, but the issue will eventually reoccur.

To force restart iPhone click & release Volume Up followed by Volume Down and press & hold the Side Button until the Apple logo is displayed on the screen.

Have you managed to fix duplicate media controls problem in iOS 16? Do you have a better solution? Share your feedback in the comments.

Do mention when this bug is triggered on your iPhone. Let us know if it happens while playing media in Apple Music, listening to Podcasts or performing any other type of media playback.

We’re planning to submit additional feedback about it to Apple and help them to identify the cause, because it seems that this bug occurs since Beta 1, that’s already 2 months into the testing stage.