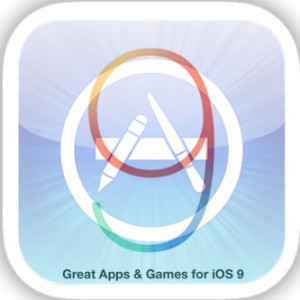 Apple has freshly launched the 9th iOS generation and some third party developers where fast enough to upgrade or release new applications that come with support for iOS 9 and the new iPhone 6S and 6S Plus devices. Below, you can find a list with the first apps and games that are tailored for firm presses.

The apps support the 3D Touch Peek and Pop features available on the iPhone’s home screen and from within the actual apps. For example, you can deep press on the updated Twitter app icon and pick New Tweet from the pop-up menu. This will automatically open the new status input screen, sparing your from a few additional taps.

iOS 9 App Store Apps
Some of the first few apps that have been updated to support 3D Touch are:
1. Twitter (FREE) (Social networking service)
2. Dropbox (FREE) (Backs-up your files and makes them accessible from every device you won.)
3. Replay Video Editor (FREE) (Cut and create spectacular video clips easy and fast.)
4. IMDb Movies & TV (FREE) (Be up to date with a novelties from the movie and TV industry)
5. Pinterest (Visual bookmarking app that helps you to save and discover interesting ideas from around the web)
6. Tripwolf (FREE) (A great travel guide that works offline too. Plan your trip to over 500 destinations worldwide.)
7. Endless Alphabet ($6.99) (Kids will love learn the ABC’s with this Educational app) 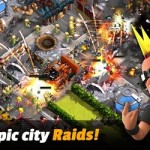 1. Gang Nations (FREE)
Build your gang and lead urban wars around the world. Fight for territories, dominance in a great blend of single-player and multiplayer missions. Play it free of charge, whith in-app purchases being easily avoidable. The game has just been updated for iOS 9 and comes with the new Apple ReplayKit which allows you to record your battles and show them to your friends or share them on social media.
It’s compatible with iPhone 4S or never, iPad 2 an newer and iPod 5. 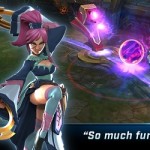 2. Call of Champions (FREE)
Is a real-time MOBA (Multiplayer Online Battle Arena) game. You have 15 Champions to choose from. Recruit a team and battle against millions of worldwide users. The matches are 5-minutes long and you have to apply the right tactics to crush your opponent. Train your Champion and build his talent, to match the strongest enemies.
What’s great about this game is that it’s completely free of charge. There are no in-app purchases that could favor the high spending players. However, you do need iOS 8 on your device in order to be able to play it! 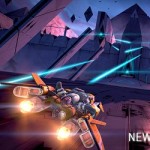 3. Breakneck (FREE)
Fly spacecrafts from the feature, complete missions and help save the world from alien occupation. Fly as fast and as far as you can. Dodge obstacles and evade from your pursuers. Compete in weekly tournaments against players from all around the globe. Daily and weekly missions to choose from. The ReplayKit has been introduced only a few days ago, with the 1.1.4 upgrade and the game is now optimized for iOS 9.
Breakneck is free of charge, offering in-app purchases in the range of $1.99 – $4.99. 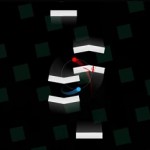 4. Duet Game ($2.99) If you’re looking for a stress test this game will test your limits, because failure is much more present than success. So, get ready to control to spheres that are synced. You need to prevent them from hitting obstacles, by maneuvering through space. There are nine chapters to complete and you can unlock the bonus Survival level to play on forever for high score. If you grow fond of this game you can also spend a buck on the Encore Chapters in-app purchase and unlock new stages.
ReplayKit recording & sharing is available with iOS 9!

5. Village Life (FREE)
Start building your virtual family right now. Nurture your villagers from babyhood to adulthood helping them to grow up, fall in love, get married, have children and grow old. Build your village and expand to new land. ReplayKit is now available after the September 16 update, and you can show off with your village and impress your friends. 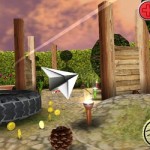 6. Air Wings (FREE)
This game is again about flying, but this time instead of dodging obstacles you’re engaged in virtual airplane battles. You’re the pilot of an paper airplane that has the ability to shoot with strange weapons like rubber bands, firecracker bombs, heat seeking pencils and so on.
You have to choose from 18 airplanes. After picking an aircraft you have to fly around and collect weapons in order to be able to engage your enemies. There are 22 multi-player levels available, bringing lots of fun!