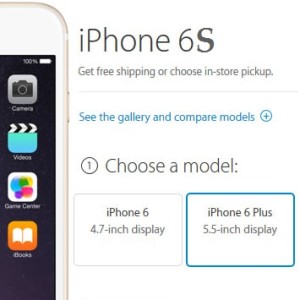 According to the foreign Apple news website Macerkopf.de, two major German mobile phone providers are preparing themselves to ship the first iPhone 6S flagships sold, to the early pre-orderers, on September 18. Considering the fact that Apple’s smartphones have always been simultaneously launched in the United States and several other countries (Germany included), we can safely assume that September 18 is the date when the first US buyers will get their hands on Apple’s latest flagships.

This info lines-up with our previous material that indicates September 9 as most probable date for the official presentation of the 9th iPhone generation. Based on last year’s experience, we can anticipate that the iPhone 6S and 6S Plus pre-orders will start during the first Friday, which follows the new iPhone related Keynote. This means that those of you, that will wait in the starting blocks and be among the first to pre-order online, on September 11, are likely to own the iPhone 6S one week later!

iOS 9 To Be Released on September 16?
If we look back, yet again, at what happened last year, we can remember that a fresh iOS was released two days before the iPhone 6 became available in stores. This means that we can expect the public release of iOS 9 on September 16. However, Apple could surprise us by releasing it during the expected September 9 major event, that’s having the main goal to introduce the iPhone 6S and 6S Plus devices to the world.
Fact: Latest rumors claim that a new generation of Apple TV will also be featured during the same event. We’ll keep an eye on further announcements and report back with fresh information when it becomes available!

Apple Watch Similar iPhone 6S Release
Based on this year’s Apple Watch release and selling process, we assume that pre-ordering is definitely the fastest solution to own the new iPhone 6S. Apple’s goal is to solve the issue of those traditional huge queues forming in front of their offline stores. This why they’ll shift a large part of their stock towards the online purchases. It won’t be surprising if online ordering will be the only option to purchase the new gadgets during the initial period, a similar tactic used with the Apple Watch sellout.