How To Fix Siri Announce Calls Not Working On iPhone 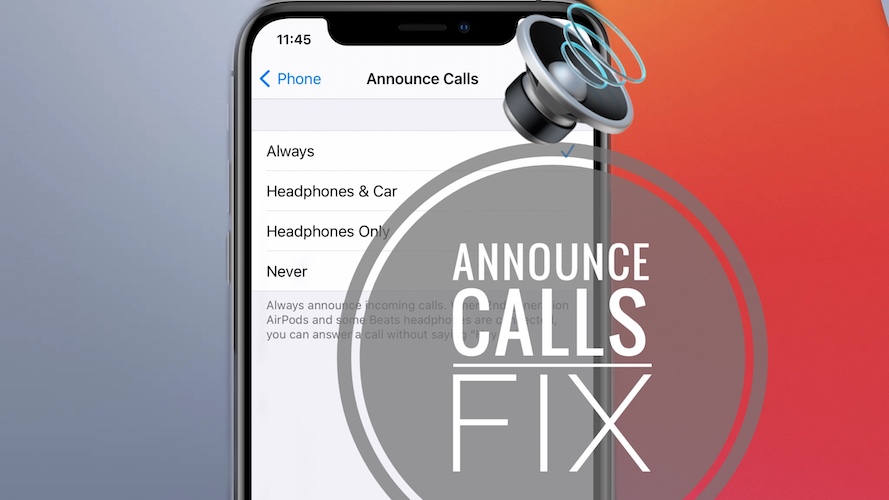 Is the announce calls feature not working on your iPhone? You’ve checked all the settings but Siri still doesn’t speak out the name of the caller when your device starts ringing? You’re not the first to experience this issue! In this article we showcase the most probable reasons as well as common troubleshooting steps!

Let’s start with a force restart! A minor software glitch could prevent Siri from announcing calls. Rebooting the iPhone could sort things out without too much hassle.
How To: Use the following button-combo: Click & release Volume Up, followed by Volume Down and then press & hold the Side Button (Sleep/Wake button) until the white Apple logo is displayed on a black background. Be patient until your device restarts, provide your Passcode and use a secondary phone to call yourself. Is Siri announcing the call?

Sometime a simple setting could be the culprit. Make sure that your iOS device isn’t silenced. If the Ring/Silent switch has a red line next to it it means that your iPhone’s speaker is muted. In this case Siri won’t announce calls because it knows that it’s not allowed to disturb you. 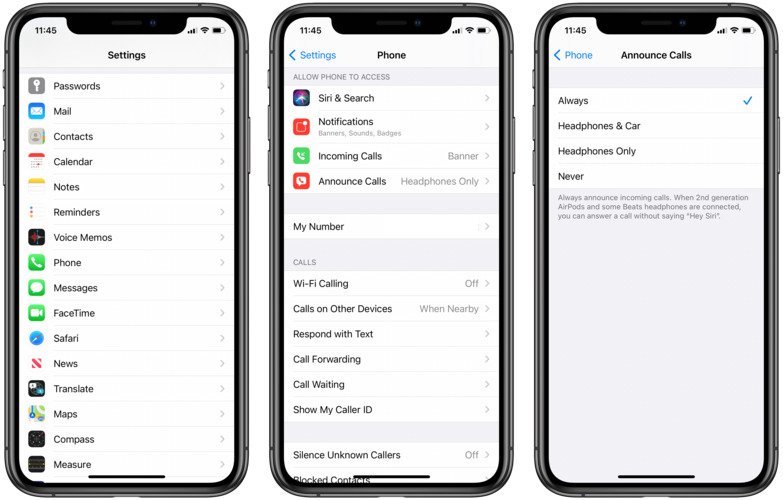 Siri can be set to speak out the name of the contact only when your headphones are connected. If your iPhone is set like this calls aren’t announced when you don’t use headphones. This is why I recommend you to use the ‘Always’ setting if have problems with this feature.
How To: Browse for Settings -> Phone -> Announce Calls -> Always.
Tip: You should also check the Silence Unknown Callers option available on the same settings page. Disable it and test if it makes a difference.

Sometimes, Siri will only announce the calling number instead of the caller name, even if the number is associated with a contact from the Contacts app.
What you can try to fix this is to log out from your Apple ID in Settings, reboot your iPhone and sign back in. This is done from Settings -> Apple ID (at the top of the page) -> Sign Out

Announce Calls has been buggy all the way through iOS 14. If you applied the troubleshooting steps mentioned above and the feature is still not working as it should, you have to keep an eye on the Software Update screen and upgrade to a new release when it becomes available.

Fact: At the time of writing iOS 14.6 is about to be released. The update log mentions 5 fixes but none of them is related to Siri. However, under the hood improvements are frequent and a hidden fix can’t be ruled out. Subscribe to iPhoneTricks.org and we will let you know as soon as a new software update becomes available!

Has this article helped you fix Announce Calls on your iPhone? Share your feedback in the comments section. Are we missing something? Don’t hesitate to let us know and we will update the content with any helpful tips!

Related: Another similar Siri related problem in iOS 14, prevents the virtual assistant from speaking out responses and users have to rely on the transcript. We’ve provided some potential fixes here!