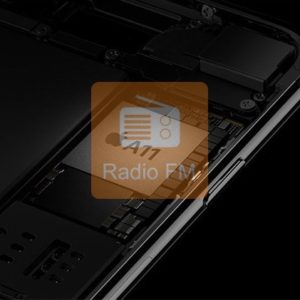 The FM Radio feature has been available ever since the cellphones era started but the iPhones, probably the most popular smartphones available on the market don’t include it. You’ll be surprised to find out that all Apple smartphones have an FM radio chip included in their hardware lineup. However, Apple has decided not to let us use it, most likely because of financial reasons. iTunes and Apple Music would convert less sales with over-the-air radio stations available free of charge on any iPhone. The feature is disabled software-side and thus can become available with a simple iOS update.

Recent US weather calamities have shown that the radio frequency is still one of the best ways to inform people when carrier signal and Wi-Fi Internet is down. However, the only way to listen to Radio stations, on an iPhone, at this moment, is to stream them via apps. But when power outages occur, Internet connectivity is seriously affected, thus leaving millions of people unable to receive vital and potential life-saving info messages from authorities.

Recent hurricanes Irma, Harvey and Maria have raised the pressure on Apple to enable the FM radio module that is embedded in every chip provided by Qualcomm and Intel to iPhones. The day Apple has announced, via Jimmy Iovine, that its Music service has hit 30 million users, jumping from the 27 million converted in June, the FCC (Federal Communications Commission) has urged the Cupertino-based tech company to put the safety of American people first; ahead of financial profits, I might add!

You can read Ajit Pai’s full statement here and the most important lines in the quote provided below:

“In recent years, I have repeatedly called on the wireless industry to activate the FM chips that are already installed in almost all smartphones sold in the United States. And I’ve specifically pointed out the public safety benefits of doing so. In fact, in my first public speech after I became Chairman, I observed that ‘[y]ou could make a case for activating chips on public safety groundsalone.’ When wireless networks go down during a natural disaster, smartphones with activated FM chips can allow Americans to get vital access to life-saving information. I applaud those companies that have done the right thing by activating the FM chips in their phones.

Apple is the one major phone manufacturer that has resisted doing so. But I hope the company will reconsider its position, given the devastation wrought by Hurricanes Harvey, Irma, and Maria. That’s why I am asking Apple to activate the FM chips that are in its iPhones. It is time for Apple to step up to the plate and put the safety of the American people first. As the Sun Sentinel of South Florida put it, ‘Do the right thing, Mr. Cook. Flip the switch. Lives depend on it.”

Update: Apple has to FCC’s request and claims that the iPhone 7 and iPhone 8 models don’t have any FM radio chips or integrated antennas for FM radio signals! Considering that the iPhone 7 is the first Apple smartphone that ditched the headphone jack, it’s common sense to assume that neither the iPhone X is FM radio compatible. However, Apple claims that it cares about the safety of its customers and lists that Emergency SOS and the Medical ID which are available from the Lock Screen, as well as emergency notifications under the form of AMBER alerts and Weather alerts! Here is the full reaction.

What do you think? Should Apple include FM radio hardware in future iPhones?