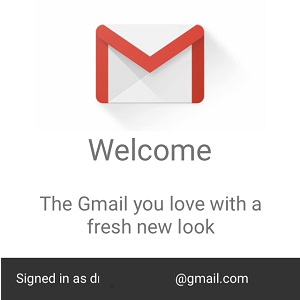 Google has just released version 5.0.3 for its iOS edition of Gmail. It’s an update that provides a complete redesign of the popular emailing app, as well as the addition of three new features. All of them are welcomed and represent three more reasons to make Gmail for iOS your primary iPhone or iPad mailing app. There is a large number of Apple fans that have switched from the stock Mail app to the third party software.

In Gmail you can log-in with multiple Google accounts in the same time. This allows you to simultaneously receive and send mails from various personal and work accounts. The new looks and even smoother transitions bring this iOS app at an even higher standard. The new features coming with this update include: Undo Send, Swipe to archieve/delete and Proactive Search.

How To Undo Send in Gmail
This is a very useful feature that prevents you from dispatching embarrassing mails. In case you notice a typo in the last moment but you can’t prevent your finger from taping the Send icon, or you accidentally added an inappropriate photo as attachment and managed somehow to tap Send by mistake, don’t despair! The newly added Undo Send feature comes to the rescue. As soon as an email is dispatched a small banner slides in from the bottom of your screen, confirming in the left corner that the message was “Sent.”, but also allowing you to reconsider with the help of the “Undo” button displayed in the right corner. Tap it, sending is canceled and the message becomes available for Edit in the composer view. 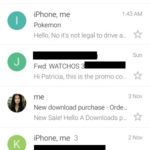 Search Gmail Facts
The new Google mailing app comes now with a proactive search function that’s similar to the iOS Spotlight Search. It’s now able to display results in real-time. This means that suggestions become available the moment you start typing a search string. Gmail is also able to identify typos and suggest the correct search term.
Fact: Grab Gmail for iOS or update to the latest App Store version of this software. 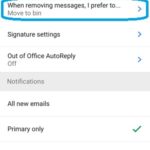 Swipe To Archieve/Delete Mail
Similar to the native iOS Mail app, Gmail is set by default to archieve conversations that you swipe left or right, while on the app’s home screen. You need to tweak the Settings if you want to edit this gesture and direct your mails to the Trash instead of achieving them.
1. Tap the Menu icon available in the top-left corner of the home screen.
2. Scroll all the way down for the Settings label and tap it.
3. Choose the account that you want to tweak by taping the email address.
4. Hit the first option called: When removing messages, I prefer to…
5. Now tap on the “Move to bin” label. From now on all threads that you slide to dispatch will be deleted instead of archived.