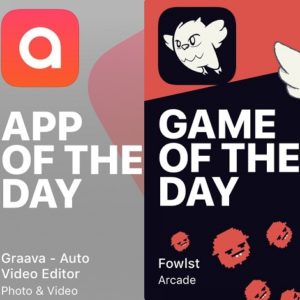 Graava and Fowlst App and Game of the day. (September 15)

After the September 12 iPhone X keynote Apple’s curators have begun updating the new App Store on a regular basis, thus featuring each day an app and a game under the App of the Day and Game of the Day sections. Differently from the App of the Week campaign which promotes an iOS app or game that goes free for the next 7 days, the daily featured apps are applications that perform well in the App Store and are appreciated by users.

The promoted apps can be free or paid depending on what’s in store for each day. Today’s featured applications is the iPhone and iPad video editing software called Graava, as App of the Day, and the arcade game developed by Thomas Young and labeled Fowlst, as Game of the Day. Graava is free of charge, but comes with in-app purchases, while Fowlst costs $1.99 but doesn’t require any other additional investments. 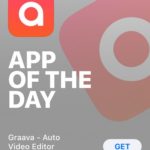 This automated video editing app will self-edit your videos using a combination of sensors and artificial intelligence. It selects the best moments from a footage and combines them in video clips that you can share with your contacts or overs social media. It’s as easy as saying 1,2,3: select the video from your Camera Roll, pick the music that you want to mix in the background and select the length of the new clip! Of course that you can also record a new video, use images from the Photos app and even music from your own library.
App Store Download: Graava (FREE). | Size: 136 MB | Requirements: iPhone & iPad running iOS 9.1 or later. 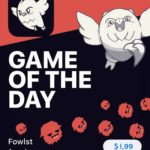 This 5-star rated App Store game requires you to control an owl that has been trapped in hell. Help it to advance through spooky chambers, while dodging bullets and fighting various monsters. Grab loot as you advance and trade it for weapons. The game comes with an unlimited number of levels. The controls are also easy: tap the left area of the screen to hop left, the right side for right and swipe up to use the item that you are holding.
App Store Download: Fowlst ($1.99). | Size: 45.5 MB | Requirements: iPhone & iPad running iOS 9 or later.