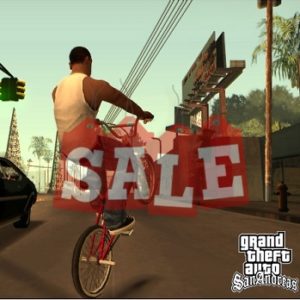 If you’re a fan of the Grand Theft Auto franchise you’ll be happy to find out that three games from this series have gone on sale, in the App Store. Rockstar Games have decided to heavily discount the San Andreas, Vice City and Libery City stories editions of GTA, for iPhone and iPad. This sale is available for a limited time only. Grab it now and save up to $12 if you purchase all three games!

All that you have to do is to follow the links available below and download the applications from their official App Store page. Read on and see how much the discount for each product is and what to expect from these trademark games. Use the buttons available at the end of this article to share the offer with other gamers and allow your friends and family to enrich their GTA collection!

1. GTA San Andreas ( $2.99)
Help Carl Johnson to return to his home in San Andreas, revenge the murder of his mother and take control of his home streets while battling corrupt cops and dangerous gangs. The app comes with over 70 hours of gameplay and has a great App Store rating. It works on iPhone 4S and newer iOS devices. Be aware that the app size is impressive, over 2GB.
Fact: Do mind that you need to be 17 years of age in order to be allowed to download the app.

2. GTA Vice City ( $1.99)
Re-live the thug life of the 1980s and lead your character to the top of the criminal world from Vice City. The app has received 64-Bit support with the version 1.6 that was released this summer. It’s also available only to players aged 17 or above. The app’s size is also quite impressive 1.16 GB to support the extended campaign and numerous gameplay hours. Last but not least it includes expanded Retina Screen support. Mind that the app successfully runs on iOS 5.1.1 and newer. 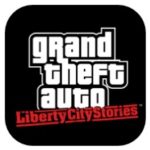 3. GTA Liberty City Stories ( $1.99)
This is the newest of the three games from the Grand Theft Auto franchise. In this edition you have to help Toni Cipriani survive his return home to Liberty City. The metropolis is in turmoil as corrupt politicians, union strikers, organized crime and drug traffickers clash against each other to control the city. Help the Leone family to regain the control of the city if you own an iPhone 5 or newer. The app comes with 60 FPS gameplay for iPhone 6S and newer devices. 3D Touch support is also available and extends the controls range.