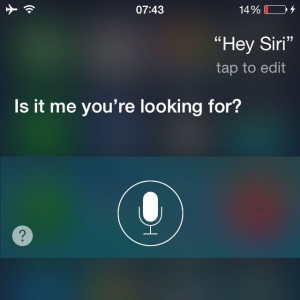 One of the most controversial features implemented in the new iOS 8 is the ‘Hey Siri’ command, which can be used to call your iPhone’s virtual assistant, by simple voice command. However, how revolutionary this might sound, the way this new feature works and what other popular option it replaces, makes it an important subject of debate for all Apple fans around the world.

As you surly know, the standard command for calling Siri is to press and hold the iPhone’s home button. Next, you are prompted with the ‘What can I help you with?’ message. You need to wait for the beep and then you can place your voice command, for your virtual assistant. Siri answers to various questions with web searches and performs multiple tasks like Calling or Messaging one of your contacts, launching Apps, plays Movies or Music, sets Notes, Reminders and Alarms, alters Settings and much more.

How ‘Hey Siri’ Works
In essence this new feature is the ultimate trick to wake your virtual assistant. However, there is an important glitch: your iPhone has to be connected to a power source, for this option to become available. Of course, that you need to activate it from the Settings menu first, but once completed you still need your phone to be plugged-in for it to work. So, basically the feature is more unavailable than available because you will use your iPhone most of the time unplugged. Besides being a smart device, the iPhone is ultimately a mobile phone isn’t it?

Hey Siri vs Raise to Speak
Another reason for controversy, caused by this new iOS 8 feature, is that the ‘Hey Siri’ command has replaced the functionality of the Raise To Speak feature, while the actual gesture trick, that was successfully used for calling Siri in the previous iOS versions, has been assigned to the Raise to Listen feature. The option allowed an iPhone user to wake the virtual assistant by raising the device to its ear, the same way you do it when answering a call. And yes, you didn’t need to be plugged-in order to be able to speak with Siri! 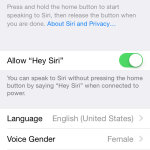 How To Activate ‘Hey Siri’
This feature is enabled via Settings -> General -> Siri -> Allow ‘Hey Siri’. If you’re an experienced iOS user you’ll notice that the ‘Hey Siri’ has exactly replaced ‘Raise to Speak’ in the Siri menu branch. Why both options couldn’t be maintained and combined is a mystery for me?!
Important Tip: if you just upgraded to iOS 8 you have to double check ‘Hey Siri’ for activation. It seems that the feature won’t work after the first activation of the knob. Simply disable both ‘Hey Siri’ and the Siri feature and turn them on again. It’s and iOS 8 bug that we noticed after upgrading our own iPhones.

‘Hey Siri’ Trick
Some readers reported about the fact that you can trick Siri to answer to your call even if your iPhone isn’t plugged-in. That’s by setting your iDevice’s Auto-Lock option to ‘Never’ and thus never locking your phone, after using the ‘Hey Siri’ feature while plugged-in. They claim that the function will continue to work after unplugging the device, without ever locking it. We just tested this trick and it doesn’t seem to work. Plus, the solution is highly unpractical because it drains your iPhone’s battery much more faster, because your smartphone’s screen will remain on permanently.

We are permanently checking a way around this limitation, without considering jailbreaking a valid option. We’ll update this article with fresh news as soon as possible! Add us to your favorites and stay in touch. In the meantime let us know what you consider about this ultimate way of calling Siri? What about the availability constrains? 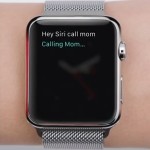 The Hey Siri feature can be enabled with a simple flick of the wrist, that lightens up the gadget’s display and activates it microphone!