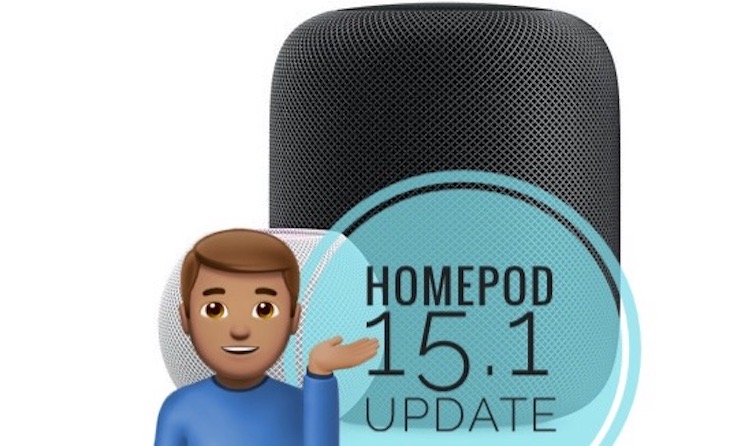 Apple has pushed the HomePod 15.1 software update with support for Lossless playback and Spatial audio with Dolby Atmos. This release is available for the original HomePod and the HomePod mini. It comes alongside iOS 15.1 and iPadOS 15.1! 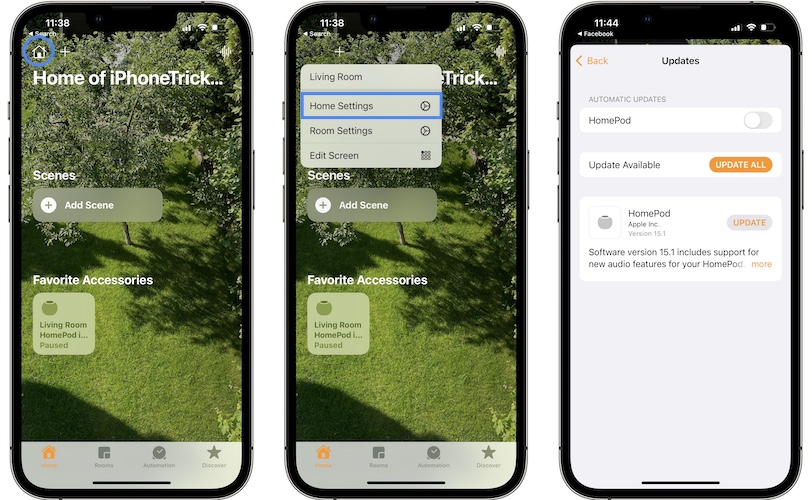 This update will be installed automatically on your HomePod if you’ve kept the default settings. No matter of your configuration though, you can force the update manually in the Home app:

Tip: Be patient until the 467.7 MB HomePod 15.1 update file is downloaded and installed on your Bluetooth speaker. 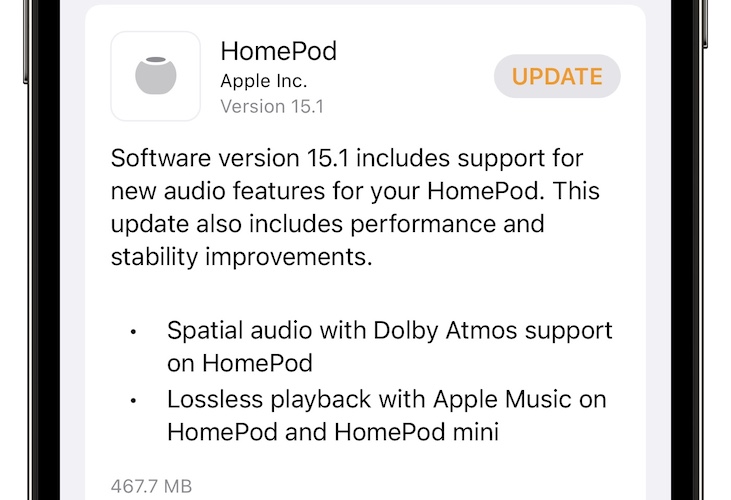 Apple’s release notes informs about support for new audio features as well as performance and stability improvements. There are two new features mentioned:

The update log doesn’t mention any bug fixes, but this doesn’t mean that they’re not included. If you notice a patch don’t hesitate to tip us. Also, provide feedback in case you spot new bugs in this release:

Have you updated HomePod to software 15.1? Did you encounter any problems? Do you have any questions? Use the comments section to share your feedback.