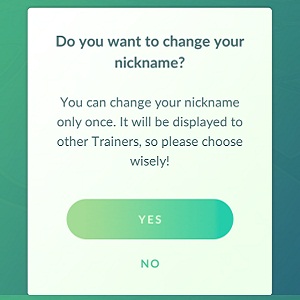 Niantic has recently released Pokemon GO version 1.3.0 an update that, among others, allows Trainers to change their Nickname. This is a surprising new addition, that might in favor of those trading Pokemon GO accounts. Until now, a Pokemon GO player had to choose a nickname for its Avatar, after catching the first pocket monster and couldn’t tweak it afterwards.

Now, Trainers can visit the in-game Settings page and change the way their Avatar is named. Pay attention though, the feature is still limited to a single change. More, starting with version 1.1.0 you can also edit the looks of your Avatar and its bag. Why would you change your Nickname? Well, that’s a good question. Is this perhaps Niantic’s way of increasing the players interest for the game by offering them the chance to change account names and facilitate sales?

How To Change Pokemong GO Nickname
The main condition for being able to change your name within the game is by updating to version 1.3.0.
Step 1: Open the Pokemon Go Map view.
Step 2: Tap the PokeBall icon, available centered, in the bottom part of the screen.
Step 3: Next, hit the Settings icon available in the top-right corner of the iPhone’s display.
Step 4: Tap the Change Nickname label.
Step 5: Confirm that you want to tweak your name by selecting Yes, when you’re prompted.
Step 6: Type your new Nickname and hit OK.
Fact: If your new username isn’t free, you’ll be asked to tweak it again! 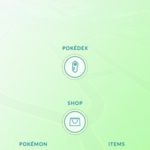 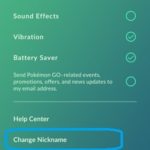 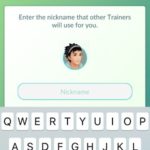 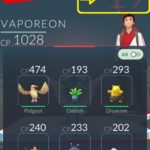 Pokemon GO Nickname Visibility
Your virtual Pokemon name is seen by other players when you assign monsters to a Gym or place lure modules within PokeStops. Considering how popular this game is, a Trainer’s Nickname can be used as another source of advertising, for pubs, coffee shops or similar public places. It can also suit the name of the new account owner, in case you jumped the bandwagon of late Level users that sale their accounts for cash!
Fact: What permission will be allowed next? Perhaps the ability for Trainers to switch sides and change their Team?