How To Customize The iOS 11 Unified Control Center 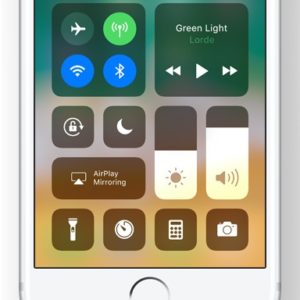 The iOS 11 test version has just been seeded for registered Apple developers and I managed to get the hands on an iPhone that is able to run this 11th iteration of the iPhone and iPad operating system. The release comes hours after the software’s premiere in the WWDC 2017 keynote. One of the first noticeable changes, when toying with an Apple smartphone that runs this version, is the complete revamp of the Control Center.

The popular iOS controls menu, has been significantly tweaked in iOS 10, but the multiple panel idea didn’t receive as much love as expected. This made Apple’s designers to return to an unified Control Center view. However, to make room for more shortcuts and settings, the size of this slide-in menu has been significantly increased. More, it has also received significant 3D Touch support that adds even more room for additional options! 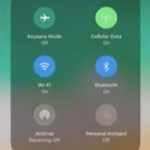 iOS 11 Control Center Layout
The new controls menu groups icons of various commands in sections, in order to make them easier distinguishable and 3D Touch-able. For example the traditional Airplane Mode, Bluetooth and Wi-Fi toggles are grouped together and can be expanded if the user deep presses the folder. It’s a similar arrangement with the apps that are placed in folders on the Home Screen.
The bottom inline array has remained unchanged. It features the Flashlight, Timer, Calculator and Camera icons. Tap them to enable and disable the specific setting or to open the respective app. 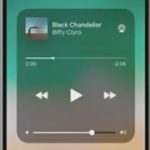 These buttons can also be 3D touched, like the Flashlight, for example, to bring up hidden options, like the intensity level.
The Volume and Brightness sliders have been re-positioned. They’re now available vertically, while toggles like the Portrait Orientation Lock have received handy little animations that play when the option is enabled or disabled.
The Music playback section has also returned on the one and only Control Center screen. The section can be also 3D touched and further option are also revealed!

How To Customize iOS 11 Control Center
And that’s not all! In this 11th iteration, iOS finally allows iPhone and iPad users to configure the layout of the Control Center. This means that you can edit what controls to display in the slider and also re-arrange the order of the available options. However, most of the traditional options can’t be tweaked. These include: Airplane Mode, Cellular Data, Wi-Fi, Bluetooth, Audio Playback, Portrait Orientation Lock, Do Not Disturb, and Screen Mirroring. 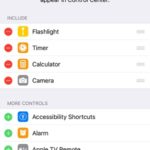 A. Add Icons
1. Open the Settings app from your iPhone’s or iPad’s Home Screen.
2. Open the Control Center settings menu.
3. Tap the “+” (plus icon) next to the feature that you want to add
Fact: The iOS 11 Control Center setup screen, works similarly with the Widgets settings screen available in the previous iOS versions.

B. Reposition Icons
1. Open the Settings app from your iPhone’s or iPad’s Home Screen.
2. Browse for Control Center and tap the label.
3. Press & hold on an icon until it starts hovering.
4. Drag the icon in the desired from the list.

Fact: To remove a control you can tap the “-“ (minus) option, available next to each control listed in the menu described above.