How To Delete Accidental Messages From WhatsApp Conversations 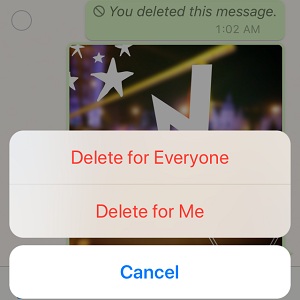 WhatsApp Inc. have recently update their iOS app to allow users to wipe out messages that are sent by mistake. But the Delete feature was already available you might contradict me. Well. that’s only half-true. Photos, video, audio and text messages sent in a group or one-to-one conversation could be erased in the past too, but they were only deleted on the sender’s device!

Now, the popular cross-platform messaging app allows iPhone users to remove a mistakenly sent image, text or video from all device’s involved in the conversation, as long as you are fast enough. You have 7 minutes to erase the message, before the option becomes unavailable. However, if the receiver is active or near the smartphone can read the preview before you delete it. It all depends on how quick you react!

5 Steps To Delete A WhatsApp Message On All Devices 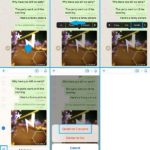 1. Upgrade WhatsApp for iOS to the latest version. Anything later than 2.17.71 is compatible.
2. Open WhatsApp an browse for the conversation in question.
3. Touch & hold the message bubble until the small options menu pops up.
4. Swipe-left on the scrubber to unveil the Delete option.
5. Tap Delete and confirm that you want to Delete for Everyone!
Fact: If you don’t see the Delete for Everyone option and see just Delete for Me instead, it means that more than 7 minutes have passed since you sent the message and things can’t be undone anymore!

Tip: The wiped out message is removed from the conversation and replaced with a label stating “You deleted this message”. The feature works if all contacts involved in the chat have also updated to an iOS or Android version of WhatsApp that supports the erasure feature!

Related: Do you know about the new WhatsApp search for messages within conversation feature?