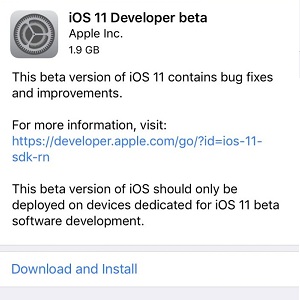 If you’re a curious Apple fan as I am, you might be tempted to grab the iOS 11 test version on your iPhone or iPad right now, only hours after it has been seeded to registered Developers. However, before I’ll show you how to download and install iOS 11 for free, without needing to pay the $100 to register as an Apple Developer, I have to explicitly mention that going for the initial beta version comes with plenty of risks and there is increased chance that your iPhone and iPad will act buggy, deplete battery much faster and even crash from time to time. This is the first and potentially the most unstable iOS 11 Beta versions that will be ever available for download.

You do have the option to wait a few more weeks until the iOS 11 Public Beta version is released for everyone that wants to contribute to the development of this new software generation. The official launch is scheduled for late September, so there is still a lot of time left to test the new iPhone OS. You can grab the stock iOS 11 wallpaper and check the latest features uncovered by us over here at iPhoneTricks.org. Nevertheless, if you’re a power user your definitely want to install the beta right away. You can do it on a secondary older iPhone model first, but make sure that the device is compatible with iOS 11.

Important: Before installing iOS 11 Developer Beta I imperiously ask you to perform a full iPhone or iPad backup via iTunes! 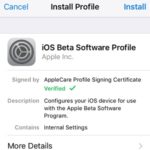 How To Install iOS 11 Developer Beta
If you’re a registered Apple developer things are straightforward and you probably have done this before with previous iOS betas. If you’re not a paying Dev you can signup for it right now at developer.apple.com. Log-in and pay the required $100 and you will be able to download the iOS 11 Beta Profile and install the test version, over-the-air, from the Settings app of your iPhone or iPad. However, you can avoid paying 100 bucks just for the privilege of being among the first that runs iOS 11 on your device. Read on and see how to bypass this fee.

How To Download And Install iOS 11 Beta Without A Registered Dev Account
To be able to grab the iOS 11 Developer test version without signing up as a developer you have to download the verified Apple Configuration Profile from a third party website. Here is a step-by-step guide:
1. On your iPhone or iPad launch Safari and copy/paste this link in the address bar: goo.gl/YVfrC1
2. Download the iOS 11 Beta Profile and select the device type that you want to install the profile to.
3. Tap Install in the top right corner of the screen. 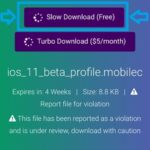 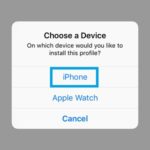 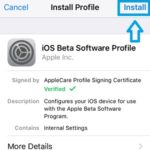 4. Provide your iPhone’s Passcode and give your consent regarding this iOS 11 Developer Beta install.
5. An device restart is required to implement the changes. You can reboot right away or do it later. 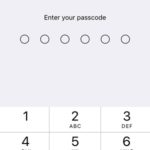 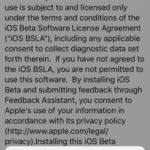 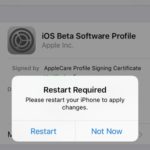 6. Open Settings and browse to General -> Software Update.
7. Your iPhone will detect the iOS 11 Developer Beta. Tap Download and Install and the test version will be deployed and installed on your device, the same day it installs a regular software update.