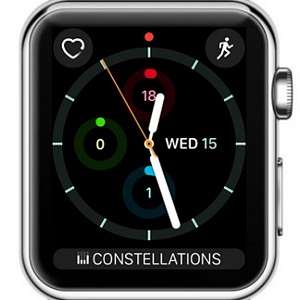 The Apple Watch will get a new software boost this fall, confirmed by Apple during WWDC 2016. The release of watchOS 3 is included in Apple’s plans to revive its smartwatch sales. They promise more speed, autonomy and ultimately more features to wearable owners. Because watchOS is a relatively young software, every new version has plenty room for improvements and upgrades. WatchOS 3 will meet this expectations. I can confirm that it comes with an even more user-friendly interface, faster loading times and an app, called Breathe, that promises to tackle your well being from a different aspect.

Similar to iOS 10, watchOS 3 is also in its testing stages. The Developer Beta is available for download and everyone can install it on their own Apple Watch. The only major difference is that the software powering the smartwatch can’t be downgraded to the latest official version, which currently is watchOS 2.2.2. The only way to make an Apple Watch run watchOS 2, after installing the watchOS 3 Developer Beta, is by bringing it to an Apple Store and asking for help. 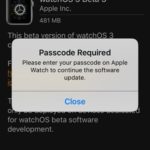 Before you proceed and upgrade your Apple Watch with the test version of the third OS generation be aware of the following info:
– watchOS 3 is available only as Developer Beta. The Public Beta is expected soon, while the official release will come this fall.
– you need to run the iOS 10 Beta on the paired iPhone in order to be able to upgrade your Watch to OS 3.
– once upgraded, you have to live with the pros and cons because downgrading isn’t possible. (only if you go to a physical Apple Store and ask for help).

How To Install watchOS 3 Developer Beta 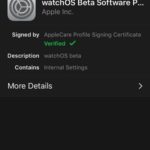 I will show you two ways for grabbing watchOS 3 on your Apple Watch. The first one is the official way to do it, for those that own a paid Apple Developer account. The rest of you that aren’t Apple developers and don’t want to pay $100/year just for the sake of downloading the watchOS 3 Beta Configuration Profile, there is a way around.
No matter what option you choose you need to make sure that all these conditions are checked:
– Apple Watch and its paired iPhone are connected with each other and to a WI-FI network.
– iPhone runs iOS 10 Beta.
– Apple Watch has at least 50% battery juice and is connected to the MagSafe charger. 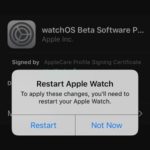 Step 1: On your iPhone, open Safari and load the Apple Developer Program website.
Step 2: Log-in and browse for the watchOS 3 Configuration Profile. Download it!
Step 3: Pick Apple Watch, when your iPhone prompts you to select the destination device for the configuration profile.
Step 4: The Profile page opens up. Tap Install and type your Passcode to confirm.
Step 5: Now, hit Restart and your smartwatch will reboot, to complete the watchOS 3 upgrade.
B. Install watchOS 3 on Apple Watch 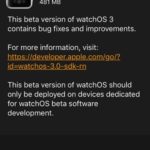 Step 6: Open Apple Watch app on your iPhone and browse to the My Watch tab General -> Software Update.
Step 7: The watchOS 3 Developer Beta update is found by your iPhone. Tap Download and Install.
Step 8: Provide your iPhone Passcode and Agree with Apple’s Terms and Conditions.
Step 9: After the update package is downloaded you can tap Install and your iPhone will start deploying the new software on the Apple Watch.
Step 10: The wearable will automatically reboot before the update concludes. That’s it! 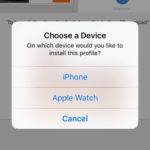 Step 1: If you don’t own a dev account you need to download the watchOS 3 Developer Beta configuration profile from an unofficial source available on the web. You can use this one or search for others. These packages are usually available on free upload websites. Pay attention to potential security threats!
Step 2: Install the Profile on your iPhone and select Apple Watch as destination device. Agree with terms and tap Install.
Step 3: Restart Apple Watch to apply the latest changes.

Step 4: Open the Apple Watch app on the same iPhone and browse to General -> Software Update in the My Watch tab.
Step 5: After the watchOS 3 Developer Beta update is found go for Download and Install. Provide Apple Watch Passcode and Agree with terms to start the process.
Tip: If you get the failed to download update error message, retry until it works.
Step 6: Apple Watch will reboot itself after watchOS 3 is successfully installed.