How To Download Chameleon Run Free On Your iPhone Or iPad 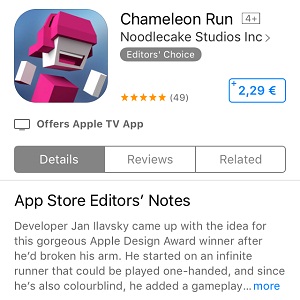 One of the highest rated runner games available on the App Store, nowadays, can be downloaded and installed free of charge on any iOS device, by following the tips provided below. The game is developed by Noodlecake Studios and usually retails for $1.99. However, now you can grab it without spending a dime, with the help of a nice little trick.

Chameleon Run is a fast paced runner that requires you to control the autorunning character. You have to make it til the end of the run without touching a platform that has a different color from your character. Run, jump, and switch between platforms to complete the levels. Use tricks like “double jump” or “head jump” to propel your way to hard to reach platforms. Enjoy smooth graphics and precise physics while completing the three special objectives lined out by each level, that will unlock lightning speed bursts and hoverboards.

How To Grab Chameleon Run Free
Apple provides free voucher codes for this minimalist but addictive iPhone and iPad game. To grab a redeem string you have to open the Apple Store app for iOS. Yes, I said Apple Store app and not App Store app. 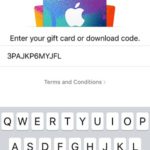 1. Open the Apple Store app; in the Discover screen scroll down for the Exclusively for you label. You can download the
2. Tap the Chameleon Run section and tap on the “Download now for free” blue button.
3. Copy the redeem code that’s displayed on your screen.
4. Open the App Store app and scroll down until you reach the Redeem button. Tap it and paste the code you copied at Step 3.
5. Tap Redeem again and be patient until the software is downloaded on your iPhone or iPad.

Fact: This promo runs until June 15, 2017. If you miss out you can still download Chameleon Run, at its regular price. For regularly updated App Store Deals please tap here!

Chameleon Run Trailer
To make yourself a better idea about this iOS runner, check out the trailer available below: