How To Download Fortnite On Your iPhone And iPad 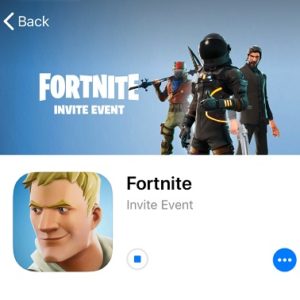 Although it’s currently an invite only playable iOS game, Fortnite has reached the top of the App Store charts within days of its initial release! Epic Games are the developers of this latest App Store blockbuster. This player versus player survival game is FREE to download, but in these initial stages access for new players is made via invitation only! This is done because Epic Games want to avoid server overloading problems and opted for a controlled expansion of the game’s user-base.

I can only assume that the company is planning to quickly reinvest the profits from the opening days in new servers and resource scaling to be able to make the game available for everyone. Apparently over 1.5 million US Dollars is the amount that Epic Games cashed in since Friday, via the game’s in-app purchases. Players can use real money to purchase V-Bucks and enhance their progress. The smallest iAP retails for $9.99 (1000 V-Bucks), but you can also spend $99.99 for 10000 (+ a Bonus of 3500) V-Bucks!!

How To Install Fortnite On iPhone and iPad 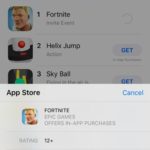 As mentioned above, the game is available per invite only. You have two options:
1. Invite From Epic Games: Use this link to reach the developers website and request an invite directly from them!
2. Invite From A Friend: If you have a contact that has been already accepted as a Fortnite player, you can ask him to send you an invite to download this iOS blockbuster!
3. Download From App Store: Use this App Store download link to install Fortnite on your iOS device. You will be asked to log-in and use your invitation. If you don’t have one, just acknowledge it and tap to request an invite if you haven’t done it already! Fornite for FREE here.

How To Invite A Friend To Play Fortnite 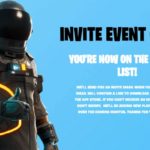 If you’re among the lucky ones that has gotten into the Fortnite network, here is what you have to do in order to share the game with your other iOS buddies:
1. Open the Fortnite app and look for the ‘Friend Invite’ button.
2. Copy the generated invitation link and share it with your friends.
Fact: Do mind that each link can only be used once. Generate one for each contact that you want to invite. Don’t abuse the feature as might you’ll quickly deplete your invites!